Even for all the photos and yearbook signatures and degrees and tweets, and despite him claiming that he has “so much Auburn memorabilia, you might think it’s the California outpost of J&M and Anders,” I don’t think we’d ever actually seen Apple CEO, Bama-trolling Tiger superfan and 1982 Auburn graduate Tim Cook in any Auburn stuff, even at the BCS National Championship Game. Until now.

Here he is at pulling a DiCaprio at the International Quality of Life Awards, which was held on Tuesday, Dec. 10 in New York City. Auburn University’s College of Human Sciences honored Cook with its Lifetime Achievement Award, which recognizes “individuals who have brought distinguished recognition to Auburn University and/or the state of Alabama.” 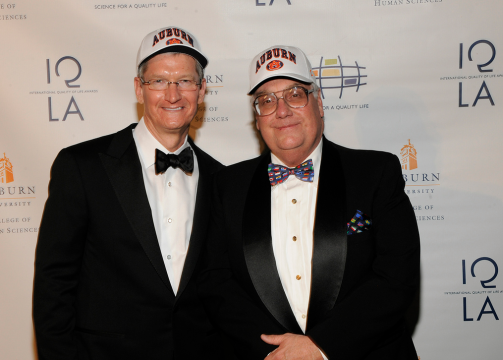 Cook referenced the Iron Bowl during his acceptance speech and it was great.

The other guy in the picture is fellow honoree Howard G. Buffett, son of that Buffet. He’s apparently an Auburn fan, too (a lot of billionaires are). Here he is showing off his new Auburn shirt. 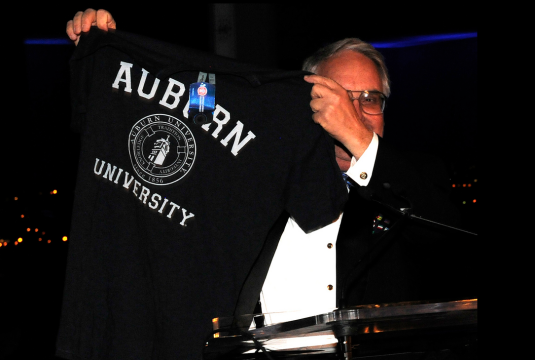