As many as eight Tigers could hear their names called in the 2020 NFL Draft. As for who could make an impact in year one, four are ranked among the consensus top-100 prospects likely to go in the first two days. Let’s take a look... Derrick Brown, DL Brown is obviously the best Auburn prospect on the board this year. The 6’5, 318-pound defensive lineman is great … END_OF_DOCUMENT_TOKEN_TO_BE_REPLACED 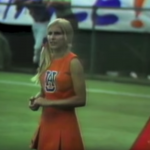 Auburn cost Tennessee a possible national championship in 1970. The Vols were out for revenge. They'd waited a year for the game. Auburn trailed for most of it. Pat Sullivan struggled for most of it.... most of it. The Vols did not get revenge. 10-9. We have coaches film for the first three quarters, then the ABC broadcast with its amazing commercials for cigars and Skin … END_OF_DOCUMENT_TOKEN_TO_BE_REPLACED 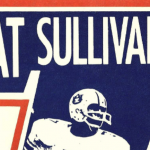 Here's the statistic-packed brochure the Auburn Athletics Department sent out to "gentlemen of the press" as a testament to Sully's Heisman Trophy worthiness. Most everyone agrees that Sullivan won the award with his senior year performance against Georgia (which Auburn won thanks to Georgia students). You can read about what happened after the game here. And you can see … END_OF_DOCUMENT_TOKEN_TO_BE_REPLACED 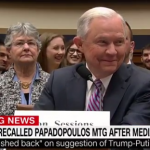 When asked to state his allegiance while testifying under oath before the House Judiciary Committee Tuesday, Attorney General Jeff Sessions (who appears to have an Auburn helmet in his office) didn't hesitate. "War Eagle." It isn't the first time Auburn's battle cry has made it into the public record during a committee meeting on Sessions. In January, Sessions' former … END_OF_DOCUMENT_TOKEN_TO_BE_REPLACED