Two new things we know about the AU logos strung between the Toomer’s Triangle: They are, by design, reflective, as in your camera flash will make them glow at night reflective, and they’re double-sided, as in God and the drones see the orange, blue, and reflective AUs as well 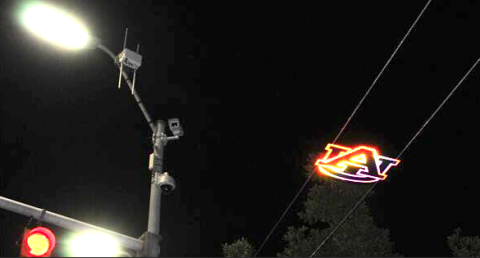 And of course that’s in addition to being functional.

“Those will kind of space the wires to give you kind of a surface or a structure for the toilet paper to sit on more than just one wire,” David Dorton, City of Auburn Director of Public Affairs, told TWER earlier this month. “Hopefully they’ll help some hold some paper as well.”