Here’s your first look at the now wired Toomer’s Triangle. Early this morning, city workers began stringing the double strand of wires that will keep the tradition of rolling Toomer’s Corner alive for the next few football seasons. They’re not finished—and there’s currently no ETA on they will be—but you get the idea. 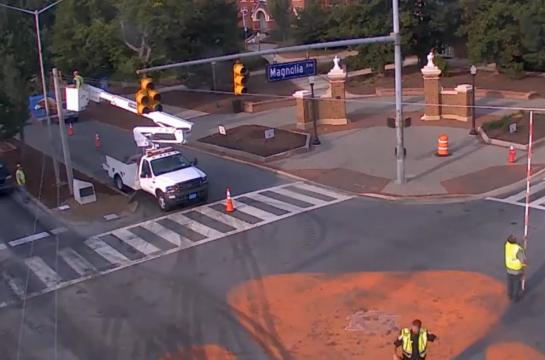 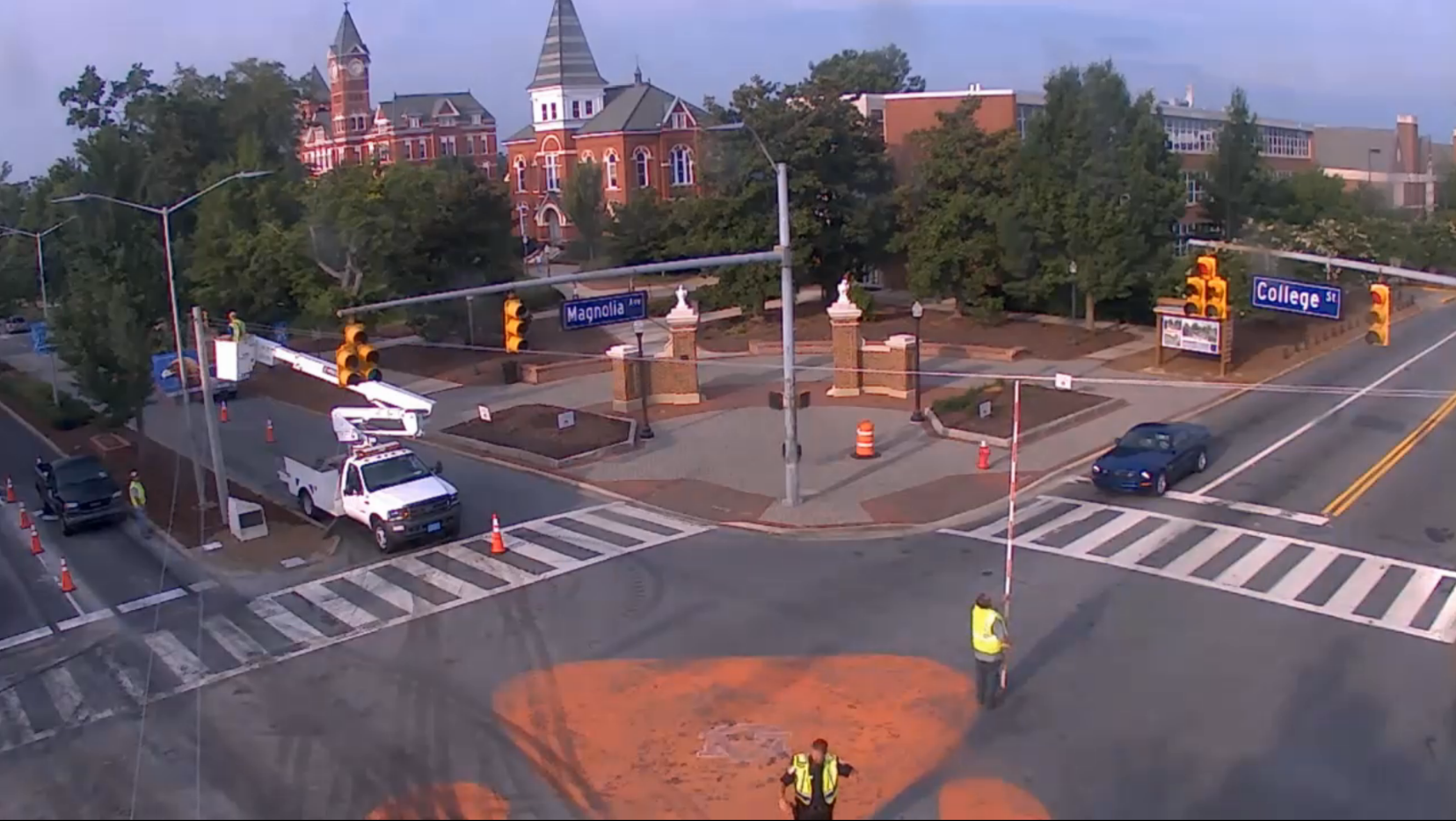 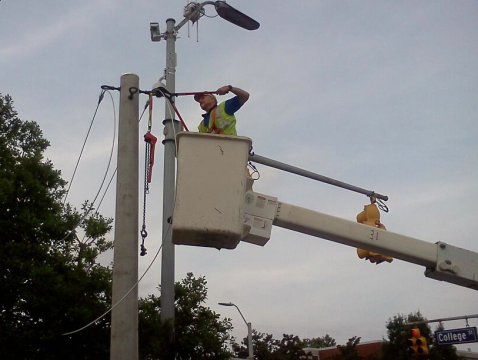 The question of whether the wires and poles would be decorated appears to be partially answered. According to this photo, it looks as if the wires will bear Auburn University logos. But according to City of Auburn Director of Public Affairs David Dorton, they’re also functional.

“Those will kind of space the wires to give you kind of a surface or a structure for the toilet paper to sit on more than just one wire,” Dorton says. “Hopefully they’ll help some hold some paper as well.” 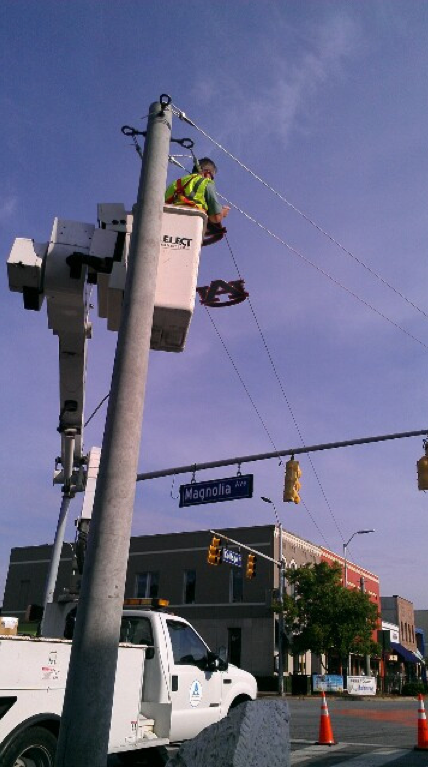 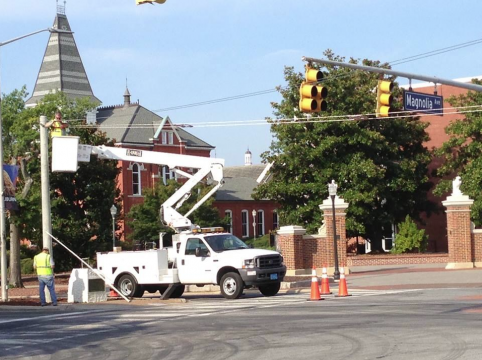 Related: Photos of Toomer’s Corner being rolled in the early 70s.