You’ve seen it asked on Facebook, on Twitter. You may have asked it yourself: Why is “a girl”  (as if a she couldn’t handle it) the only person seen confronting—as in she actually grabbed him at one point—the suspected perp in the video of one of the new Toomer’s Oak being set ablaze Saturday night after Auburn’s wacky win […]

Auburn and Louisville have met once before. It was 1974 in Birmingham, and it was kind of a big deal … because it was such a small deal. As in literally small, at least if we’re talking crowd size. And that’s all really anyone could talk about after the game, which had the lowest attendance […] 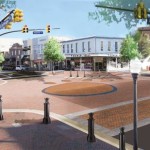 According to the latest redevelopment update, Toomer’s Corner is one step closer to becoming a veritable Auburn theme park. According to City of Auburn Public Works Director Jeff Ramsey, the new traffic poles will feature LED lights system” that can change color for special events.” Guess which colors? Some of the new seating to installed […] 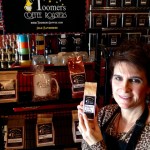 The folks at Toomer’s Coffee Company will likely be tuning in intently to the Golden Globe Awards Sunday night, but not to see which movies will win. Even if we didn’t already know, who cares — the important thing is that more than 60 gift bags given to whomever gift bags are given to at […] 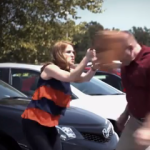 It’s been riding the local airwaves since September. I’ve caught glimpses of it on TiVo fast forward. I’ve actually seen the whole thing live a time or two, but only on mute. But Kenny Smith sent a link and now my eyes have seen and my ears have heard. And I’m still not exactly sure […]