The Most Valuable Player of last night’s tragically pathetic BCS title game? Auburn grad Katherine Webb, 2012’s Miss Alabama USA and most recently / famously AJ McCarrons way better, much more educated half. Without her face to cut to, ESPN would have been hard pressed to keep things even remotely interesting. And Webb reaped the rewards, gaining more than 90,000 Twitter followers in three hours.

TWER didn’t fair too bad, either, along those lines—having some of the first Katherine Webb=Beautiful Auburn Girl tagged photos on the internet kept the pageview counter sky high early into the morning. And though the story behind the timeliness genuinely pains us, we want to ride that feeling… hate the sin, love the sinner, and remind her that Aubie is always waiting, arms open wide (and chest tat free). 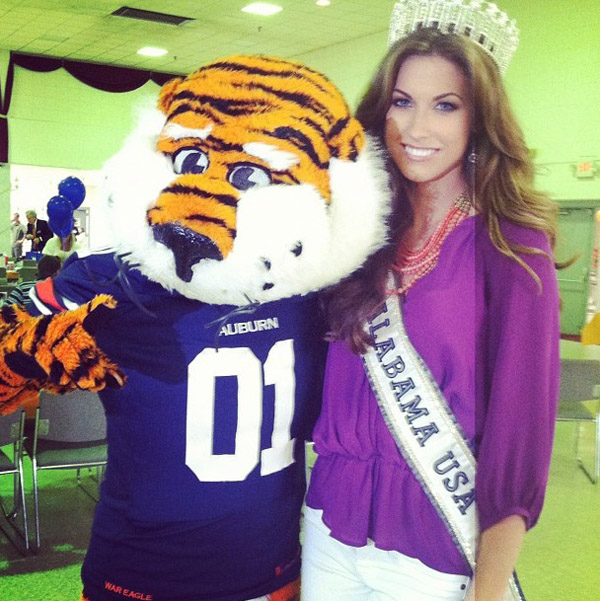