Judging by recent comments made by Auburn’s head Toomer’s Oaks health honcho, that Auburn fans will eventually be rolling not trees (or cops) at Toomer’s Corner but an “attractive intersection structure” made specifically for that purpose appears to be increasingly likely, like it or not. [UPDATE: At least temporarily.]

Auburn University (via its official Toomer’s Oaks update page) recently linked to photos we posted in August of one of the first times the corner was rolled to show that rollings were first confined to the center of College St. and Magnolia Ave. intersection. We were almost positive that they were taken sometime (before Punt, Bama, Punt) in 1972. Now we’re even more almost positive. Because we just found some more, and according to our facial recognition software they’re from the same afternoon… which according to the label on the sleeve the negatives we scanned them from were in I’m now kinda maybe certain was October 21, 1972. 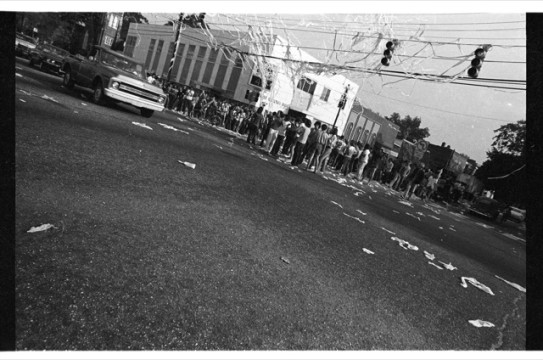 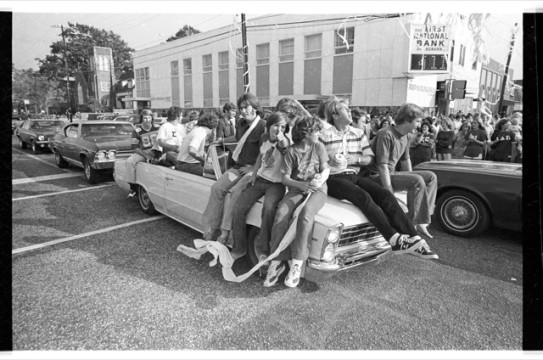 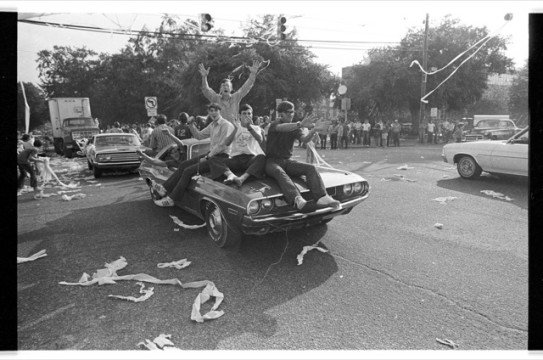 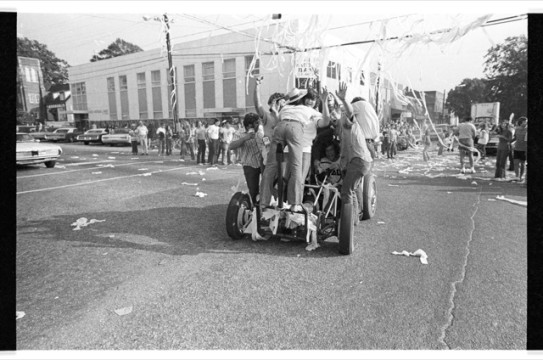 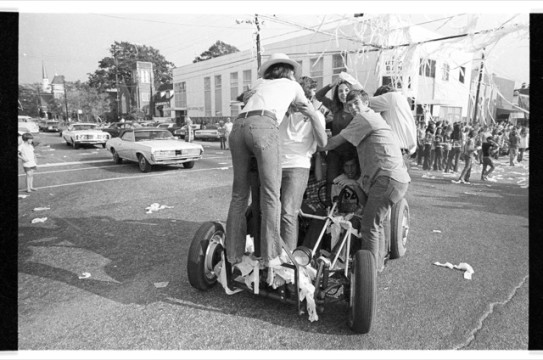 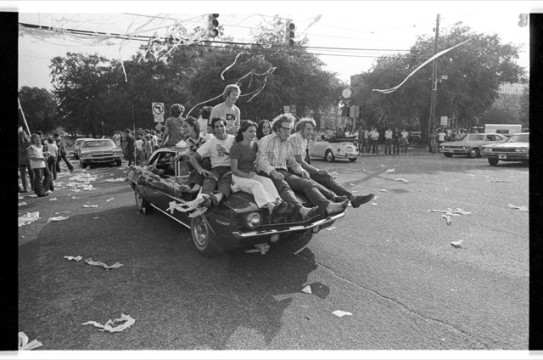 Though pre-80s rollings are said to have been reserved for road victories, these photos—again, going by the label on the sleeve of negatives—were most likely taken after Auburn’s 1972 home game against Georgia Tech. It’s one of the first substantial rollings of Toomer’s on record (though significant TP’ing occurred as much as a year earlier). Perhaps the decisive win after being down 14-0 early in the game or jubilation from bouncing back from a beat down in Baton Rouge the week before, Auburn’s only loss that season, was enough to break with the brand new tradition. Or maybe the away-game only rule wasn’t yet a rule. Or maybe nothing was yet a rule.

A recommendation regarding the future of rolling the corner is scheduled to be delivered to Auburn University president Jay Gouge this week.

* Maybe Larry Parker finished waited two weeks to finish off his Georgia Tech roll and these are from Auburn’s win over Florida in Gainesville. Because one thing that possibly suggests it wasn’t a home game is the casual garb. Not everyone was still coat and tie’ing it in ’72, but there was still a button-down formality to game attendance. Maybe these dudes just didn’t go to the game? If you spy any other context clues, let us know.

Related: On the feasibility of a Toomer’s tree transplant.

It takes more than 200 hours per month to produce, edit, and maintain The War Eagle Reader. If you like what we do, and you’d like to help TWER keep the lights on and the obsession with Auburn lore unhealthy through winter, please consider making a small donation or advertisingwith us