I’m not really smart enough, at least not right now, to say why I like Phil Neel’s covers so much. I want to get all art theory and cultural studies and philosophical on them, but again, the smartness thing. If I was smart enough, I think I’d probably say something about cartoons on football program covers filling me with secondhand nostalgia for a time when cartoons could be on football program covers. You’d drive to Auburn to Grandmama’s house and dig around in the closets and the trunks and the attics and you’d see these old, awesome Auburn comic books that had old Auburn football players in them and this man named Shug that looked just like Granddaddy and you thought, man, this is the way it used to be–Auburn was a Disney movie, the Son of Flubber or something, and the way it used to be was the way it still was once upon a time. Or something. All of this is a dumb way to say that my Auburn wouldn’t be Auburn without Phil Neel.

Mr. Neel passed away early this morning. The reason (I guess) that, as of this afternoon, The War Eagle Reader is still the only outlet to have quotes from his family in our reporting of his death is because I interviewed him in 2006—it was like meeting Walt Disney—and I still have his phone number in my contacts. I kept it to feel Auburn. I never felt more Auburn than I did when I would pocket dial Phil Neel.

Neel spoke of Aubie, his most famous creation, in terms of detached endearment, as a grandparent quietly proud of a grandchild’s achievements.

“Of course, I drew him and I spent a lot of hours working on it and stuff like that,” Neel told me. “But I never really thought I was creating anything unique exactly. I almost feel like Aubie was a real entity that kind of grew up on his own.”

In that light, we’re hoping our  collection of Aubie program covers, which will be updated regularly, can be viewed as a sort of biography. Like our new Loveliest of the Plains collection, additions to our archive of Phil Neel’s oeuvre—which will include some of his rare Auburn and, yes, non-Auburn work, as well as various stories on Neel—won’t be chronological, or any kind of logical. We’ll keep them all cataloged chronologically in a master post, but they’ll simply come when when our brains jelly with the borrowed memories of Auburn yesteryear. (So… frequently.)

For his part, Neel never really knew the nostalgia-fueled appetite for his work existed until  2006 when former Auburn Athletics Director David Housel approached him with the idea of publishing a collection of his covers.

“I know that the collectors are really having a field day with it and that’s great,” Neel said. “I’m not a collector myself. I don’t even have many of the programs.”

But we do, thanks in large part to one collector in particular that has had more like a field decade, Clyde Kingry. He has sent us scans of his collection. He has done the world a favor.

We start with the program for the 1959 Hardin-Simmons game played in Cliff Hare Stadium on Oct. 3, 1959. It was Aubie’s first appearance on an Auburn “Official Program.” And he came out swinging.

“It started off like he was going to eat up everybody the first two or three times (he appeared on the program) as a wild tiger, but pretty soon, it was that he would just try to trick people,” Neel said. 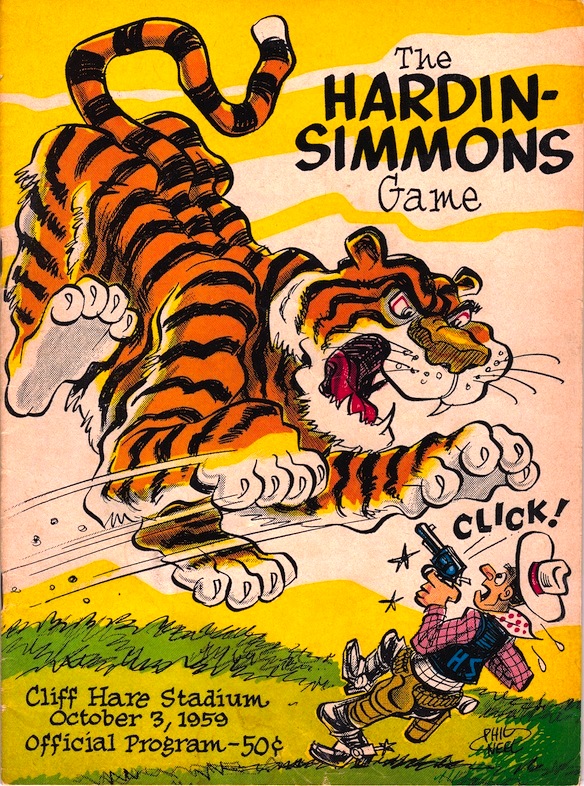 We’re coming out swinging, too. The rest of this first installment are the covers for every Auburn program Aubie appeared on in 1959, which was all of them. 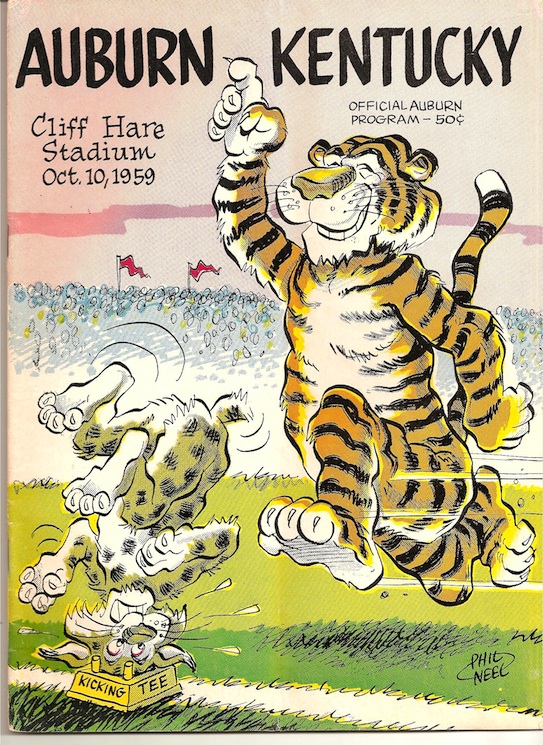 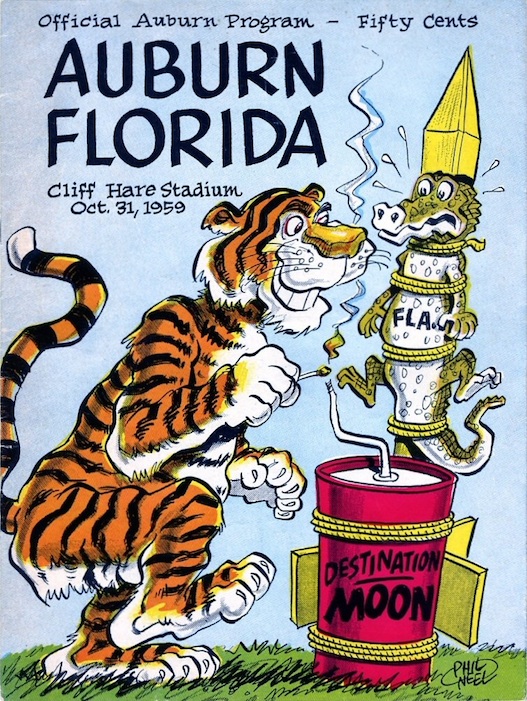 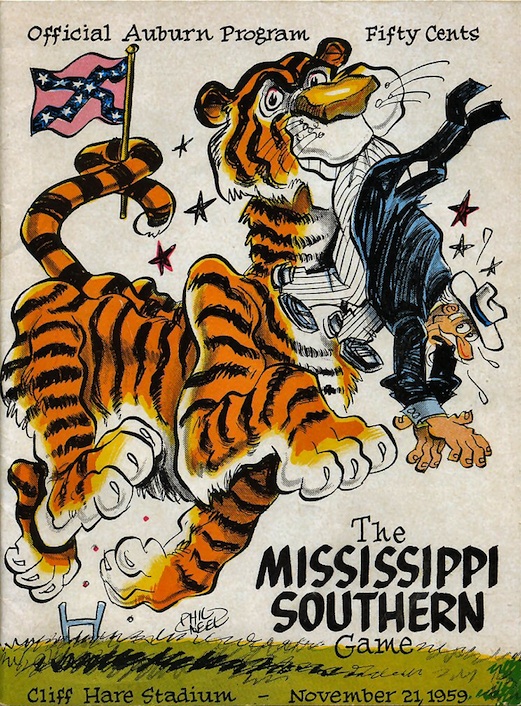 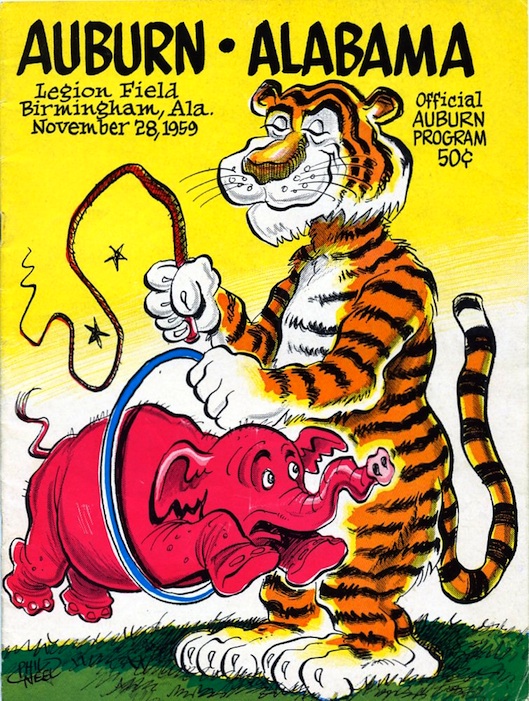 We’ve been meaning to start this archive for a long time. Today seems a fitting time to get around to it, to celebrate the work of a great artist and a great man. 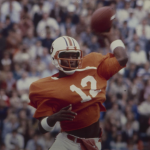