Here’s Shug Jordan doing the “Good Game” with Darrell Royal after the 1974 Gator Bowl. Royal died yesterday at the age of 88. It was the only gridiron meeting between the two coaching legends 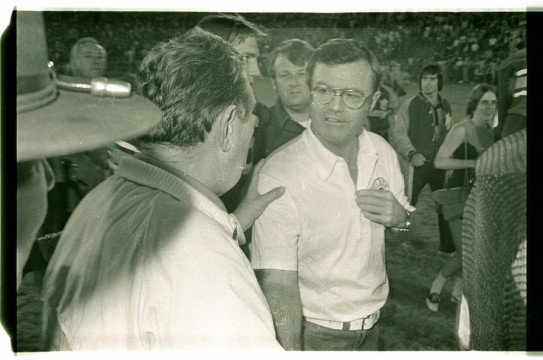 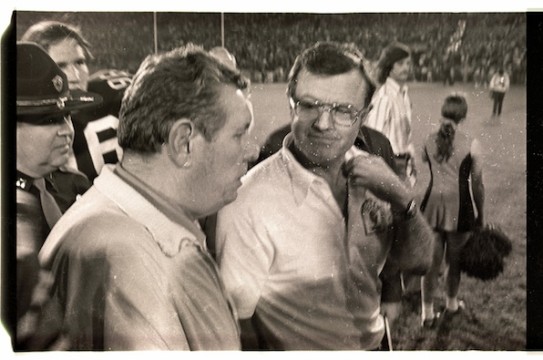 Auburn’s 1974 squad is the awesome asterisk of the post-Amazin Auburn teams of the 70s. In fact, they would have won the Iron Bowl and altered the entire modern psychology of the rivalry but “no flag, of course.”

If you’d like to help TWER dig up more never-bef0re-seen photos of Shug’s and other legendary coaches, click here.