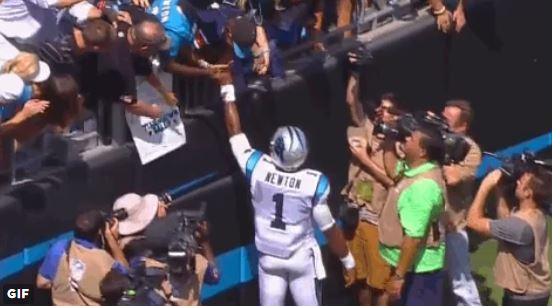 Auburn graduate Cam Newton has, in his NFL career with the Carolina panthers, given many a touchdown ball to many a young Auburn fan. That’s what the Blessed Individual does. He singles them out. Gives them the gift. And in Auburn joy we weep.

But no Auburn fan has received a touchdown ball that has been a part of so average a play for Cam Newton, who is likely the greatest football player ever.

We don’t know who you are, but you should probably keep that touchdown ball forever. #HOUvsCAR pic.twitter.com/mq2Go9oYKr

#CamNewton flips into the end zone for a TD against the #Texans. #Panthers lead 24-17 in the 4th. By: Sam Sharpe pic.twitter.com/re2oLVfBk2