In 2003, good ol’ Beano Cook declared Auburn-Alabama as college football’s most bitter rivalry: “It makes the Middle East look like a tea party.” Ten years earlier, when unseen, unheard, undefeated Auburn was struggling to enter the national championship conversation, Beano was one of the few AP voters to introduce himself.

But his chummy feeling for Auburn stretch back to at least 1971. That December, Beano, then a press director for ABC Sports, was so impressed by Auburn Sports Information Director Buddy Davidson and his Pat Sullivan For Heisman! campaign (here’s the brochure he was sending out), he felt the need to brag on him in a letter to Shug.

Shug probably thought that mighty southern of him. 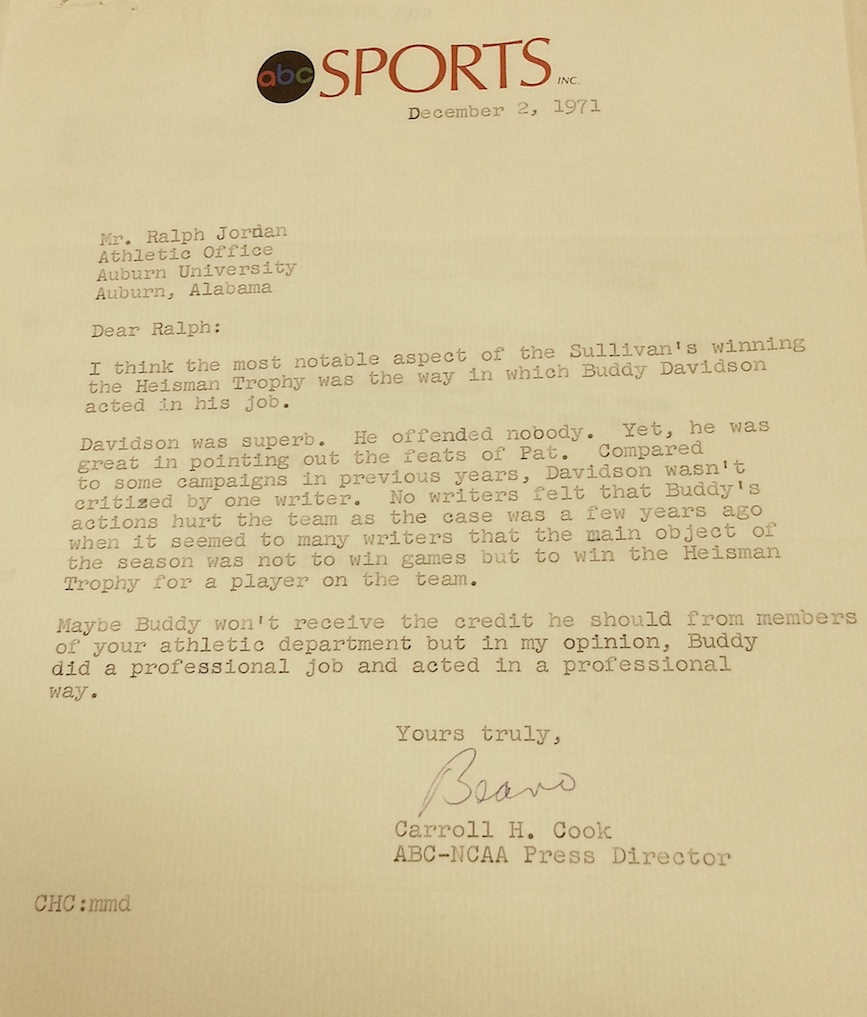 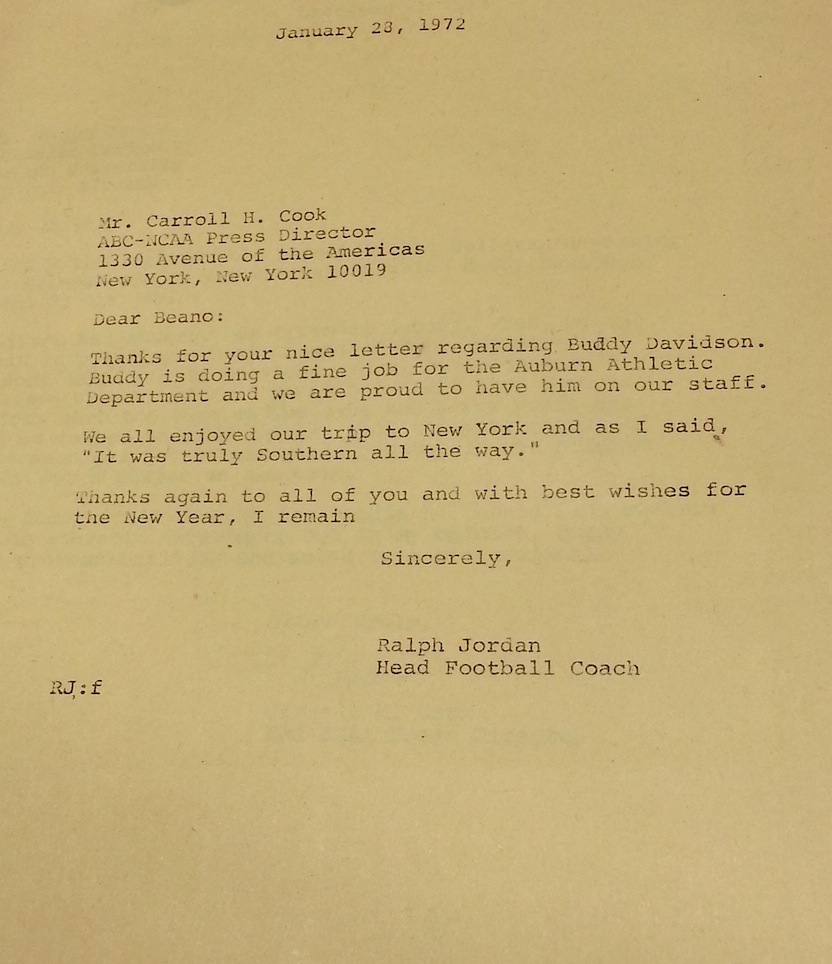 Yep, 1972 was just a big year for correspondence between Shug and future ESPN stars. And Vice Presidents. Want to help us dig up more of Shug’s “Who Knew?” pen pals? It’d be truly Southern all the way.

Related: Rare candids of Super Sully at the 1971 Heisman banquet.