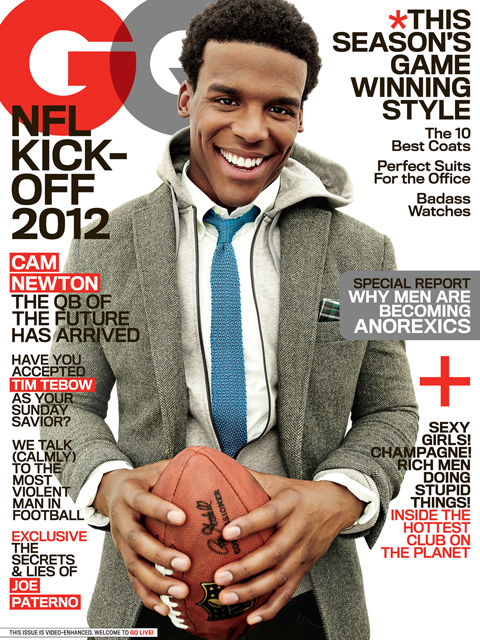 The “QB of the Future” has arrived in GQ again, this time in the September 2012 cover story that begins by describing the Blessed Individual as an “android-perfect, a video-game avatar of a quarterback” and later calls him “the One.” Sounds familiar.

Of course, a GQ athlete cover story on a guy included in People Magazine’s “Sexiest Man Alive” issue wouldn’t be complete without a fashion shoot with frolicking cheerleaders. (According to the story, Cam’s first years of college were marked by “females everywhere” so he was probably feeling pretty at ease.) 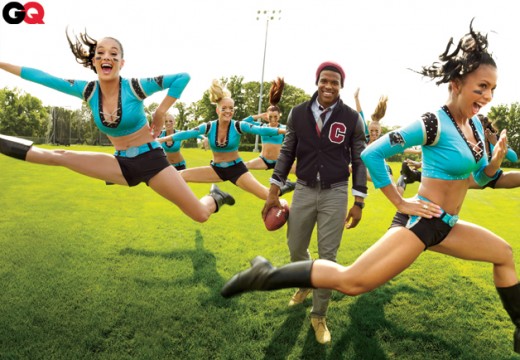 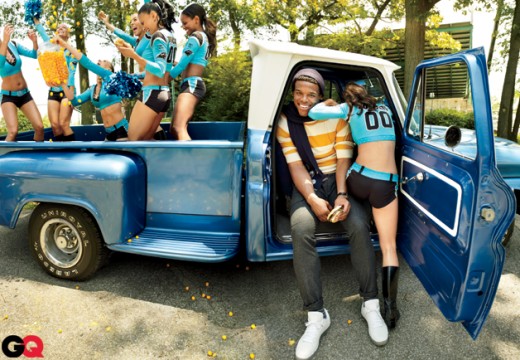 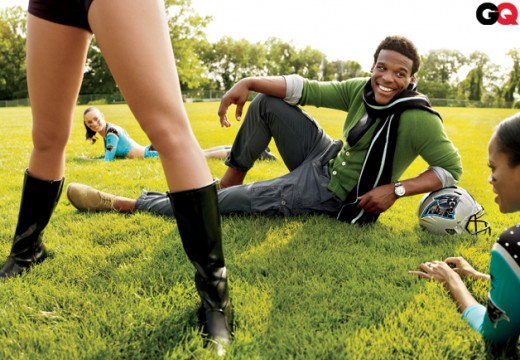 Cam first began his affair with GQ more than a year ago when his portrait was found hanging in the GQ lobby, which was followed a month later by a full photo spread.