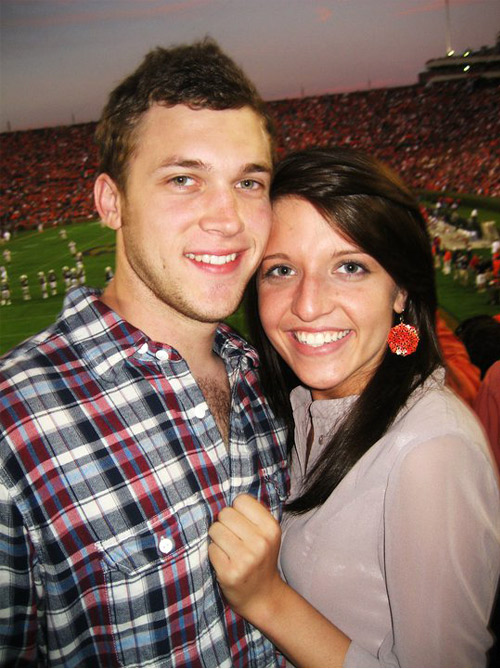 Not that they were pulling for the Tigers–those earrings look orange, but they’re likely red, as Phillip Phillip’s girlfriend Hannah Blackwell has been Google Image’d in a Georgia shirt or two according to eagle-eyed Kathleen Bright, which makes it even more likely that this is the 2010 Auburn-Georgia game.

Even if Phillip Phillips wasn’t yelling “Weagle Weagle,” he probably felt right at home in Jordan-Hare, what with the PA echo echo and all all.