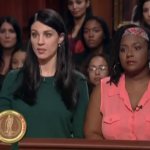 If you like TWER, please consider becoming one of the 100. Thanks! How respected are Auburn-trained veterinarians? Respected enough for Judge Karen to rule in the favor of the plaintiff based on Dr. Roxie Campbell's diagnosis: Narcolepsy--the labradoodle has narcolepsy. In awarding the plaintiff $1,125 to cover the cost of keeping Queenie as awake as possible for the … END_OF_DOCUMENT_TOKEN_TO_BE_REPLACED

The athletics enthusiasm of noted Auburn fan Reynolds Wolf apparently extends beyond the football field. The Weather Channel meteorologist has recently been singing the praises of "Bruce Pear's Bunch" during his morning forecasts, which frequently cut to footage from the Toomer's Corner webcam. Because single-digit windchill in Auburn is almost as rare as single-loss (at the … END_OF_DOCUMENT_TOKEN_TO_BE_REPLACED 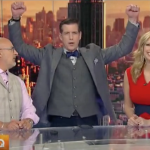 Auburn weather warrior Reynolds Wolf is a man of his word. He ripped one off before the Iron Bowl, and today, with his Tigers en route to his Atlanta, he went for the rare Double Eagle. His first War Eagle came while delivering the forecast for the SEC Championship Game. He's off camera. It's subtle. But it's the second that gets you goin'. He's signing off for the … END_OF_DOCUMENT_TOKEN_TO_BE_REPLACED 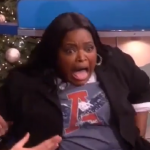 Auburn grad Octavia Spencer has never shied away from reppin' el alma mater. There was that  "War Eagle!" on the red carpet. That was fun. Her appearance on today's episode of "The Ellen Show" promises to be more fun. I'm hoping for an Iron Bowl reference. Stay with us. If it comes, it'll be here. Somebody's got to do it. Dirty job. Calling. Burden. Joy. War Eagle. Other … END_OF_DOCUMENT_TOKEN_TO_BE_REPLACED 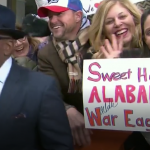 Did you tune in to see how they'd cope with the second day sans Lauer? Well then War Eagle! Speaking of the deposed king of the morning, here are his thoughts on the Kick Six. You can check out the zillions of other Auburn-Today Show intersections here. h/t @jeff_poor … END_OF_DOCUMENT_TOKEN_TO_BE_REPLACED