It was pretty obvious last week, and quickly confirmed to us by the magazine, that The Blessed Individual would soon extend his dominion over pop-culture via an upcoming issue of GQ. And it has come to pass, as it were (along with a short interview: “Cam Newton—Hell Yeah!“).

Posed by fashion photographer Paola Kudacki and given things to hold by prop stylist Seth Brody, the man behind the bras and pillow in Victoria Secret’s “Pink” campaign and the trucks and Labradors in the Bret Favre Wrangler commercials—he also worked on GQ’s Lebron James cover from last summer (these things are important), Cam Newton fills out high end men’s casual wear almost as well he does Under Armour. (You haven’t seen the Heisman pose until you’ve seen it in white Levi’s jeans and Dolce and Gabanna sunglasses.) 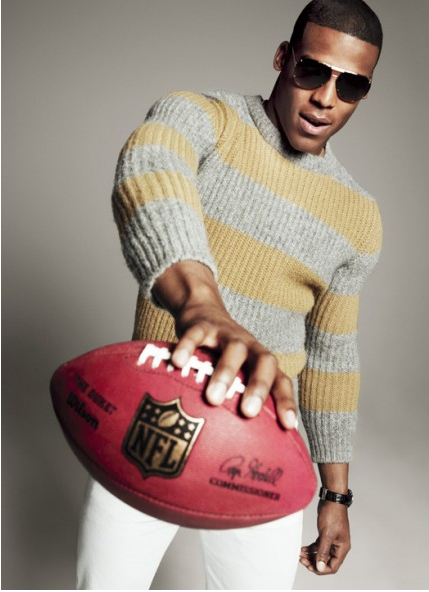 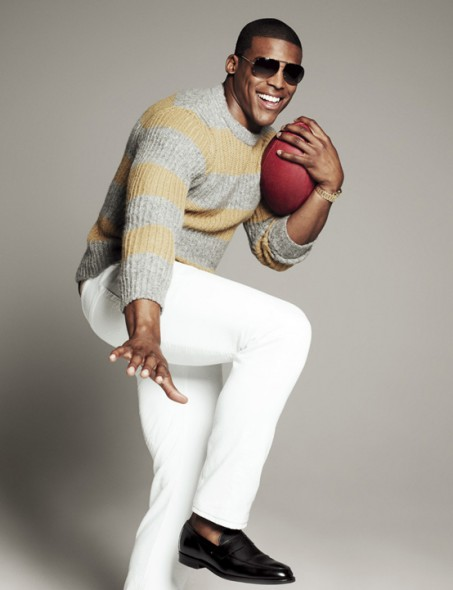 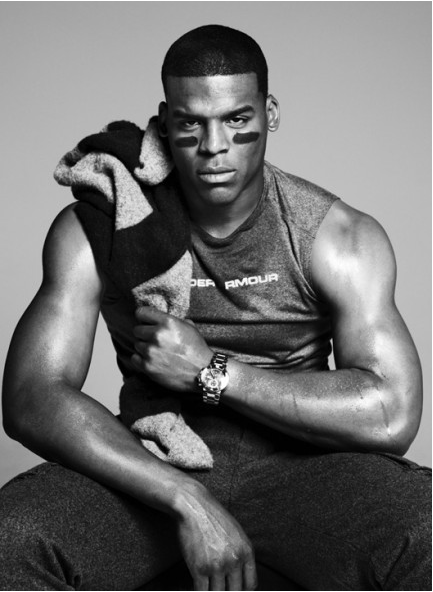 Speaking of Under Armour, not that anyone will be able to free themselves from Newton’s steely gaze to notice or care, but the name of the company seems to have been superimposed on the version of Kudacki’s black and white GQ lobby photo that appears in the magazine. Or perhaps GQ has a strict brand-neutered policy for their office art and they were removed from the original. These things are important.

And speaking of Kudacki, Cam was kind enough to give her a free lesson in how to throw a perfect, Heisman-winning spiral: