Cam Newton may not have brought donuts with him (like he used to like to do on Thursdays), but he does appear to be back in class at Auburn.

Newton was spotted on campus Tuesday speaking with an academic adviser. The photos began Thursday. And they’re great. 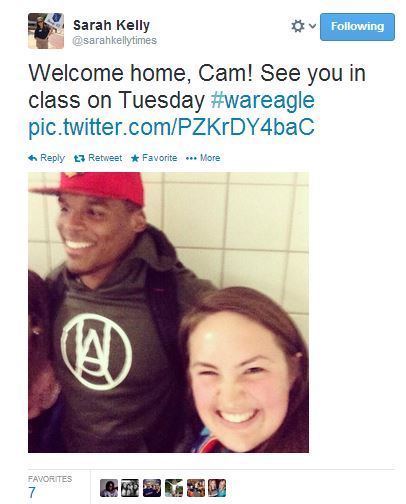 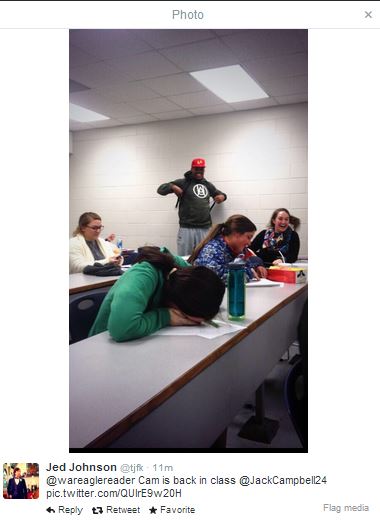 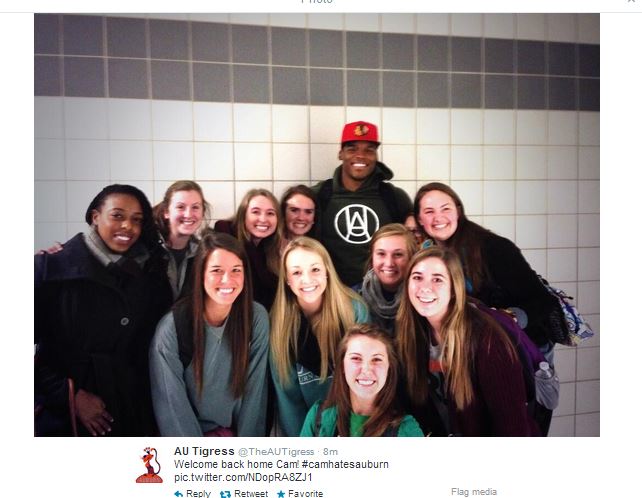 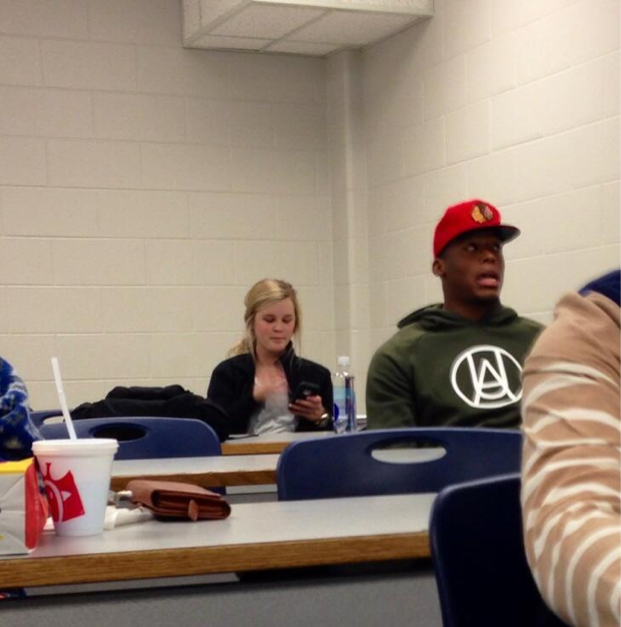 Classmate Amber Moreman told TWER the class she shares with Newton is “full of girls”—35, we think—”and just one other guy. I think he might be a little overwhelmed.”

This will possibly be Newton’s last academic stint at Auburn. After finishing Spring semester 2013, Newton said he had one more semester before earning his sociology degree. According to NFL.com senior analyist Gil Brandt, Newton is scheduled to graduate in May.

Will he walk to receive his diploma?

“I have no idea, that would be Cameron’s decision,” Newton’s mother Jackie told us last year. “Because of other contractual commitments that he has it might not be feasible, but it might be.”

Nearly a year ago, the Blessed Individual was invited to the Phi Mu Carnation Ball via a singing Valentine.

No word yet if he’s still playing intramural basketball.