So they either a) just typed “Best football stadium ever” into Google Image Search and went with the first thing they saw, or b) watched Auburn-Georgia and thought that using the stadium where the guy won the game with nothing short of spidey-sense would thematically consistent or something.

Either way, yes indeed, that’s Jordan-Hare Stadium housing that giant marching spider in the first of the Twitter teaser things the Amazing Spider-Man 2 folks are doing leading up to the big trailer that will debut during the Super Bowl. 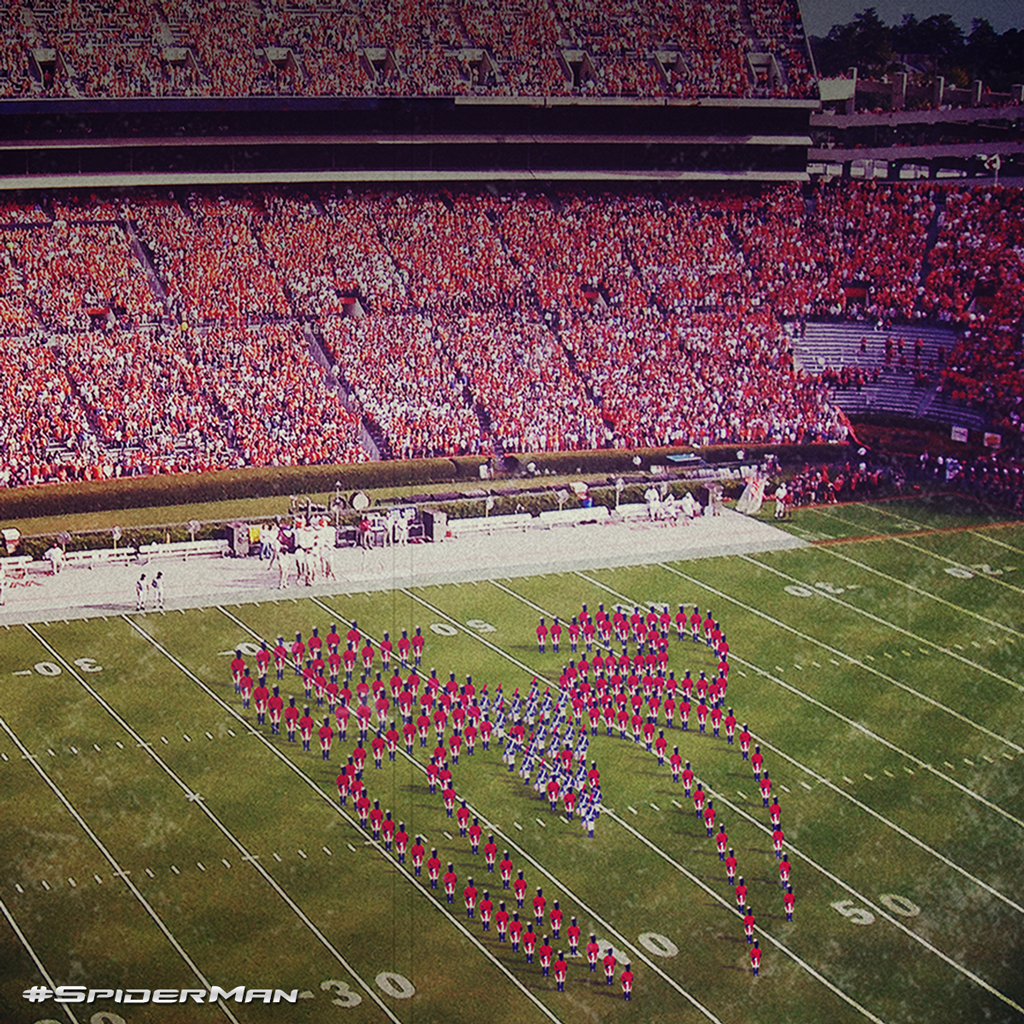