The Plainsman didn’t throw some American flag clip art on the front page to remind Auburn students that “tomorrow is Independence Day” back in 1963. They got freshman Donna Martz to pose next to an American flag as an “ample replacement for the string around the finger.” 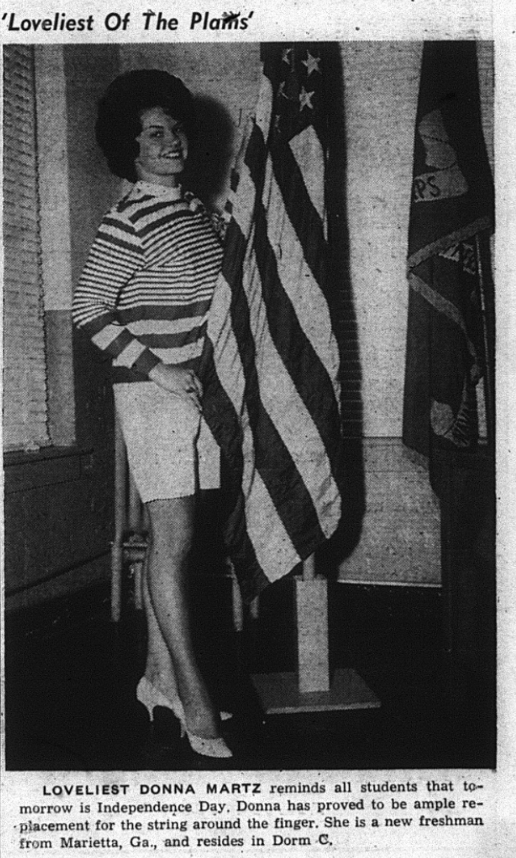 More like star-spangled gammer. More like gam old flag. But for our money, this is still the sexiest display of Auburn patriotism we’ve found.