The thought of 10,000 country music fans boot-scootin’ down Jordan-Hare’s spectacular sidelines was definitely cause for concern. Which is why organizers of what was at least the fourth concert held in the stadium (but the first with beer!) agreed to install an entirely new field after Kenny Chesney’s big rigs rolled out of town.

In 1973, it wasn’t—not even for the Grateful Dead and Allman Brothers.

The show was tentatively slated for the spring of 1974. The promoters, Cornucopia Productions, promised to handle security and pick up all the trash. Most importantly, they would lay down new sod. If the grass got damaged, it wouldn’t matter. They promised Auburn a new field.

What they couldn’t promise Dr. Harry “Ordained Southern Baptist Minister” Philpott, AU’s president, was that the bands and their devotees wouldn’t turn the town into the Auburn of White Lightning, the Free Love-liest Village on the Plains. So in between the summer and fall quarters, during that tiny window when the Plainsman couldn’t protest, Philpott vetoed the thing.

Not that he could say that fear of what Plainsman editor Bill Wood, opining on the decision, called “the Woodstock Factor” was the reason. After all, despite its concern about the logistics and litter and stuff, the Social Life Committee, on which sat Dean of Women Katharine Cater, the avatar of Auburn’s conservative status quo (except, funnily enough, when it came to music), had given the proposal its blessing.

He couldn’t call Deadheads undesirables, or less Auburn Friendly than fans of Elton John or Elvis (both of whom played Auburn’s coliseum that same school year), at least not in so many words.

What he could do was claim the decision was based on principle, not personal opinion.

Jordan-Hare, Philpott said, was not for sale.

“We are not in the business of renting our facilities,” Philpott told the Plainsman at the start of fall quarter.

It was one of Philpott’s most successful administrative end-rounds.

The Elvis’ and Eltons? Yes, anyone could get a ticket to those concerts, but they were UPC events, technically by students and for students. The Dead Brothers, on the other hand, would be a general admission, regional blowout. 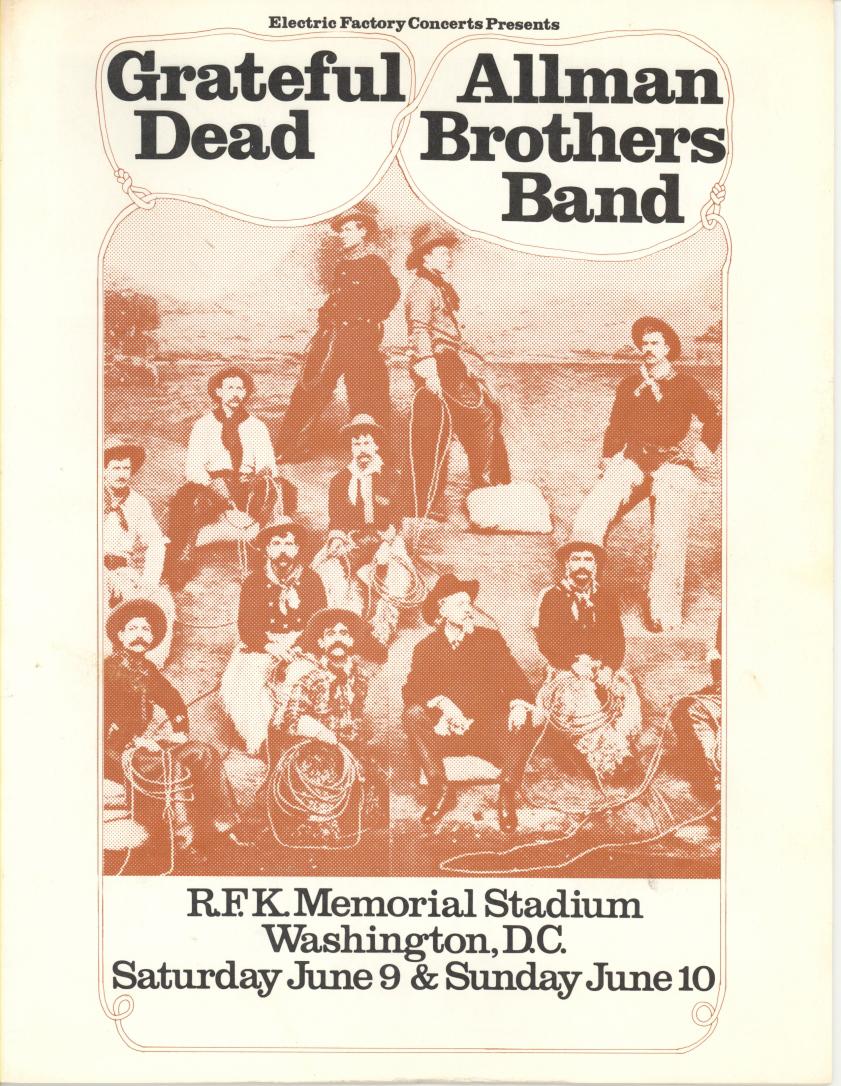 “The facilities at Auburn are here for the students,” Philpott said, “and they are not here for people everywhere under the sun.”

And Cornucopia was anticipating as many as 60,000 people under the sun.

Philpott said he was open to meeting with the Cornucopia folks to discuss the (unlikely) possibility of the Grateful Dead coming to the coliseum in December of ’73 (which there was also talk of) under the auspices of the UPC so Auburn “could hold people responsible” for whatever damage the hippies might inflict. If that went well, who knows—maybe he might agree to some sort of organizational compromise that could allow for what likely would have still have been the stadium’s largest concert.

Related: Wild stories about 1964 Jordan-Hare concert to be included in upcoming Lettermen memoir.