If newspapers were really serious about a cure, about folks still reading all about it on paper, then they would go back to what works: Perky Auburn coeds.

At least that’s what worked for The Plainsman once upon a time. Bikinis. Hot pants. Playboy Bunny costumes. On the front page. Every week. Stop the press, baby.

They called her the Loveliest of the Plains. She was a Plainsman institution for more than 20 years, until lovely and legendary Plainsman editor Beverly Bradford beheaded her upon assuming the throne in 1970. Yes, we’ll tell that tragic tale one day. But today is an occasion for celebration—not only of the Loveliest of the Plains (Redux) becoming a TWER institution (buckle up), but also of Independence Day, and Carol Meadows’ lovely way of observing it, back in 1958: Igniting a giant rocket (orange and blue glare) called the War Eagle Special in an attempt to beat those liberty-hating, Sputnik-launching Russians to the moon.

Extra! Extra!—Cheesecake and patriotism have never blended so well… 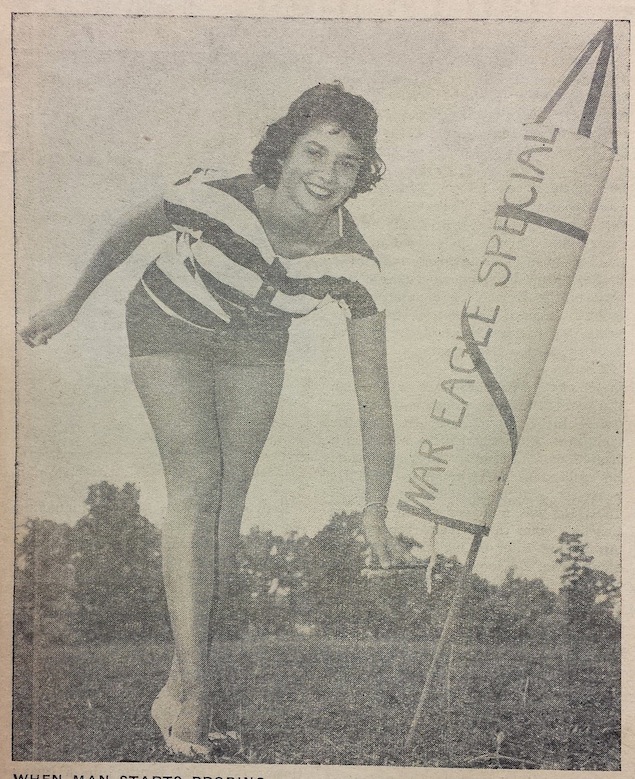 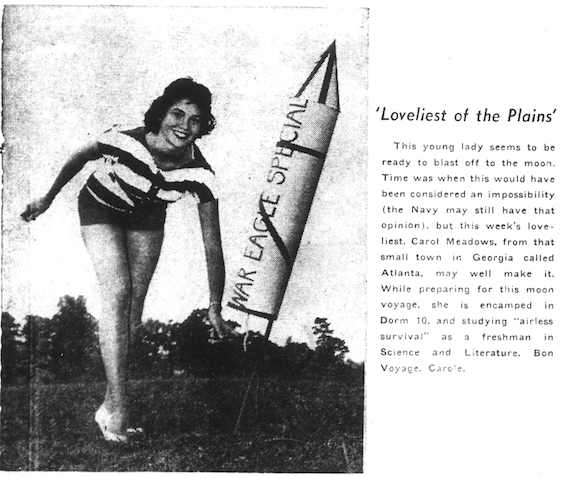