Not even Terry Beasley was fast enough to outrun 70s fashion. Yep, Auburn’s Opie Taylor turned into San Francisco’s David Cassidy, and quick. Here he is with Shug in 1973, just two years after leaving the Plains. 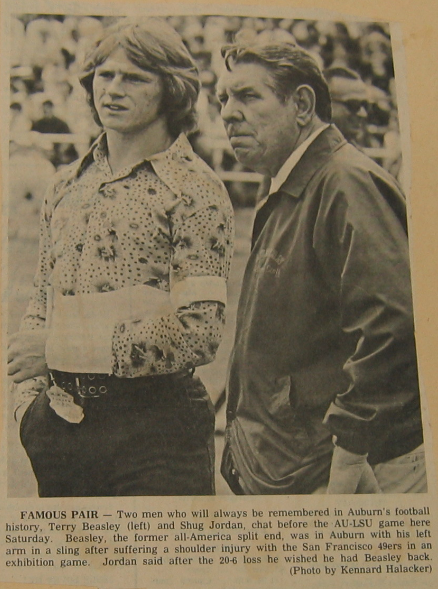 (If that’s not technically paisley–and we’re not saying it isn’t–it’s close enough for the pun.)