Photo of (Back In) The Day 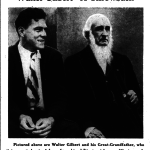 Walter Gilbert, phenom of the mid-30s, is an Auburn football legend: captain of the Tigers' first bowl team (that's him you see shaking hands with the yankee), Auburn's only three-time All-American (I think), and a College Football Hall of Famer (inducted in 1956). His great-grandfather, who according to The Plainsman could  "pick up a 52-gallon water barrel weighing 416 … END_OF_DOCUMENT_TOKEN_TO_BE_REPLACED 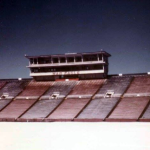 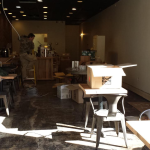 What's the best way to avoid getting a ticket for driving without a license plate? Divert attention by spray painting or airbrushing or whatever that photo of Bo Jackson in shoulder pads with the bat behind his head in that iconic Nike "Ballplayer" poster on the back of your van thing and making it so awesome the fuzz won't even notice or care. Like someone did do the Bo … END_OF_DOCUMENT_TOKEN_TO_BE_REPLACED

They don't make Birmingham Magazine covers like they used to. The thing ruled so much it that "prompted so much comment" among readers before they'd even seen it, so much comment the magazine decided to offer poster prints of it for free to folks renewing their subscription. (It's like that Alanis Morissette song where she's already Miss Thing and a zillionaire even … END_OF_DOCUMENT_TOKEN_TO_BE_REPLACED 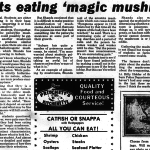 Magic mushrooms came to Auburn in 1973. Or at least awareness about them them did; the Auburn botany and microbiology professors the Plainsman kept interviewing for shroom stories were almost positive the things being harvested out of the manure dotting the pastures of Lee County for the past year or so were not, in fact, psilocybin mushrooms, and that the longhairs must be … END_OF_DOCUMENT_TOKEN_TO_BE_REPLACED