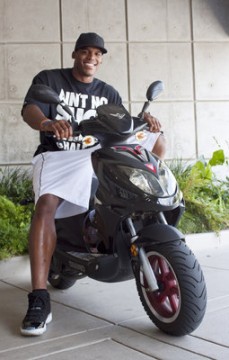 That thing about Cam Newton being back last week? Maybe he was just trying to find his classes.

This morning, Gus Malzahn tweeted that Cam was returning to Auburn–as a student.

“Happy to see my man Cam back at AU this semester working toward his degree. #wareagle”

TWER is told Auburn University won’t be releasing a formal statement on the Blessed Individual’s return in order to facilitate a normal college life, as if such a thing were possible. (Dude will be walking past his own statue on the way to class.)

Bo Jackson returned for his degree in the early 90s when Twitter wasn’t even a twinkle in Biz Stone’s eye.

So yeah, should be a fun winter!