The issue at hand is Blaise Taylor’s refusal to trade his cornrows for a style conforming to the rules set for Auburn High School basketball players. Taylor says that removing his braids would keep him from identifying with his role models, to which TWER responds: can’t you just wear your hat backwards and wave a towel?

It’s the sort of town and gown clash it’s best to avoid at any of time of the year, but that it comes on the eve of one of the biggest moments in Auburn football history must for fans be particularly disconcerting.

To distract us from considering it as bad mojo, TWER is choosing to use the story to reflect on times past, specifically the grooming regulations established in this 1972 memo to all Auburn student athletes from then Athletic Director Jeff Beard (we especially enjoy the “Excess Wad” clause): 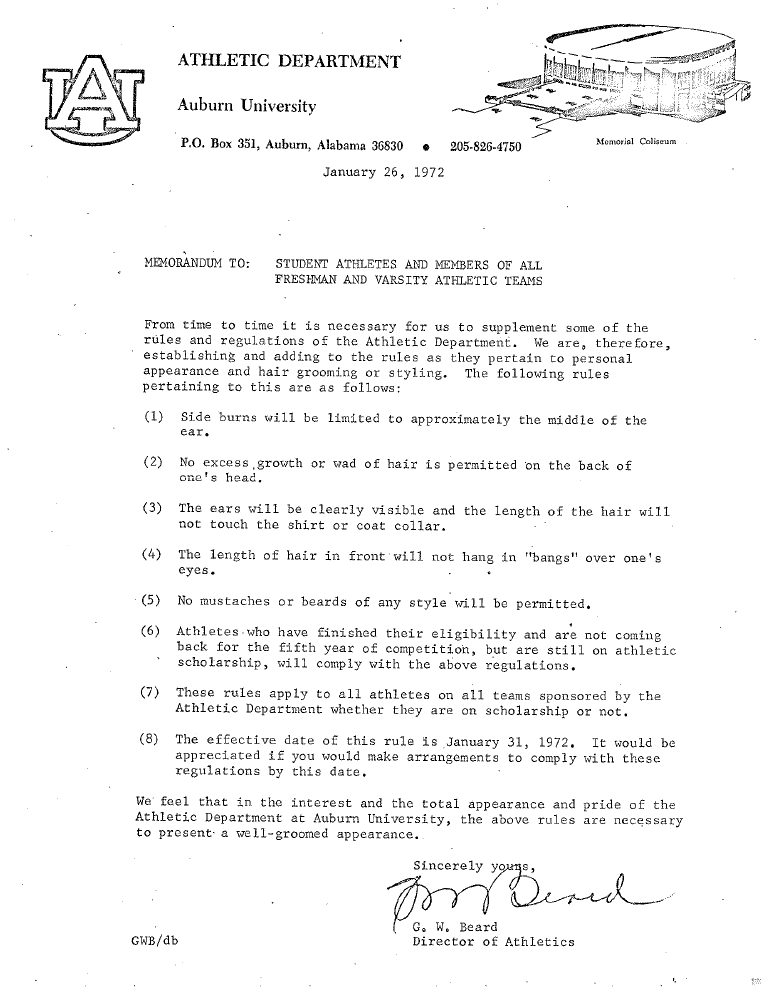 Though corn rows are not expressly prohibited, we think it’s safe to say that Shug (whose personal aesthetic dictated the standards for all athletes and who wondered why a black football player would want to wear a mustache because “Bill Cosby doesn’t wear a mustache“) would have deemed them sufficiently hippie, and objectionable enough to give Blaise the ol’ Thomas Gossom treatment.

Of course, it’s 2010 — maybe even Shug would have lightened up by now. 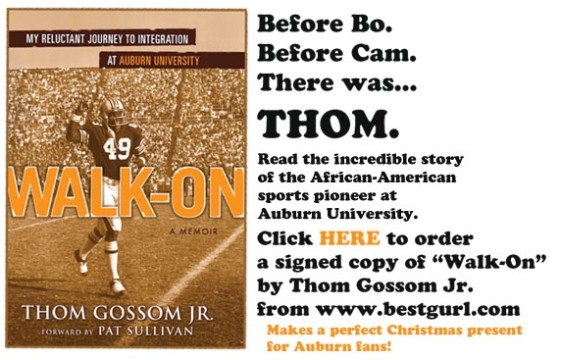 * The vintage matchbooks of the Loveliest Village
* Auburn shirt in Cannonball Run
* The University of Alabama White Bears?
* Gus Malzahn on the Wu-Tang Clan
* Toomer’s Corner after Punt, Bama, Punt