There are those who think Katherine Webb is getting a big head for someone who isn’t famous. No, she has a big head because she is famous. If you’re being big headed at a basketball game, like KWebb was last night in Morgantown, you’re famous. That’s just the way it is. Famous people get big headed, even those telepathically sprung from Brent Musburger’s loins overnight. 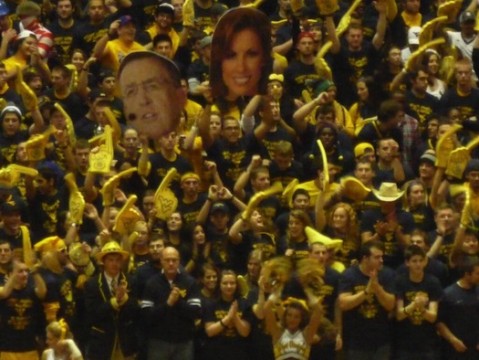 Speaking of Musburger, he seems to be taking his role in Webb’s celebrity in good-natured stride. He actually agreed to a court side photo op with his and Webb’s giant avatars after the game. 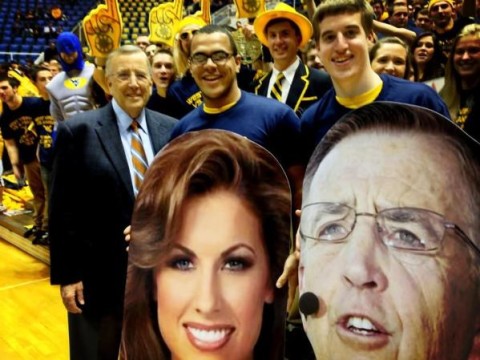 Of course, if the rest of that photo had been likewise enlarged, he hay no longer have been with us this morning.