Currently working as a pharmaceutical rep in Columbia, S.C., the 25-year-old south Alabama native will be one of 18 contestants trying to survive the wilds of Nicaragua for a $1 million prize. But that’s not the only reason she’s going. In a promotional video for “Survivor: Redemption Island”, the former Miss Phenix City says she is “real excited about not having to wash my hair for 39 days.”

When it comes to gleaning nourishment from slim pickins, Klumpp might actually have an advantage – her grandfather, Steve Riggs, apparently patented the process that turns scrap cheddar into Velveeta.

Graduating in 2008, Klummp was once featured as SportsIllustrated.com’s “Cheerleader of the Week“. Her mother, Blanche Riggs, was a cheerleader at Auburn in the late 70s (alongside this guy). 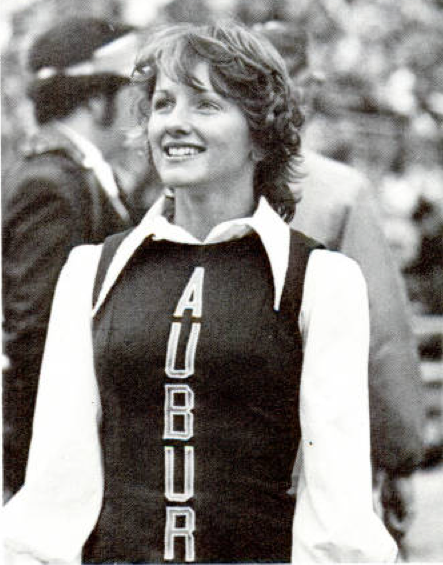