Here are the schematics for Auburn’s 3-0 shutout of Miami in Miami in 1974. Many Barfields died to bring us this information. Click to enlarge, etc. 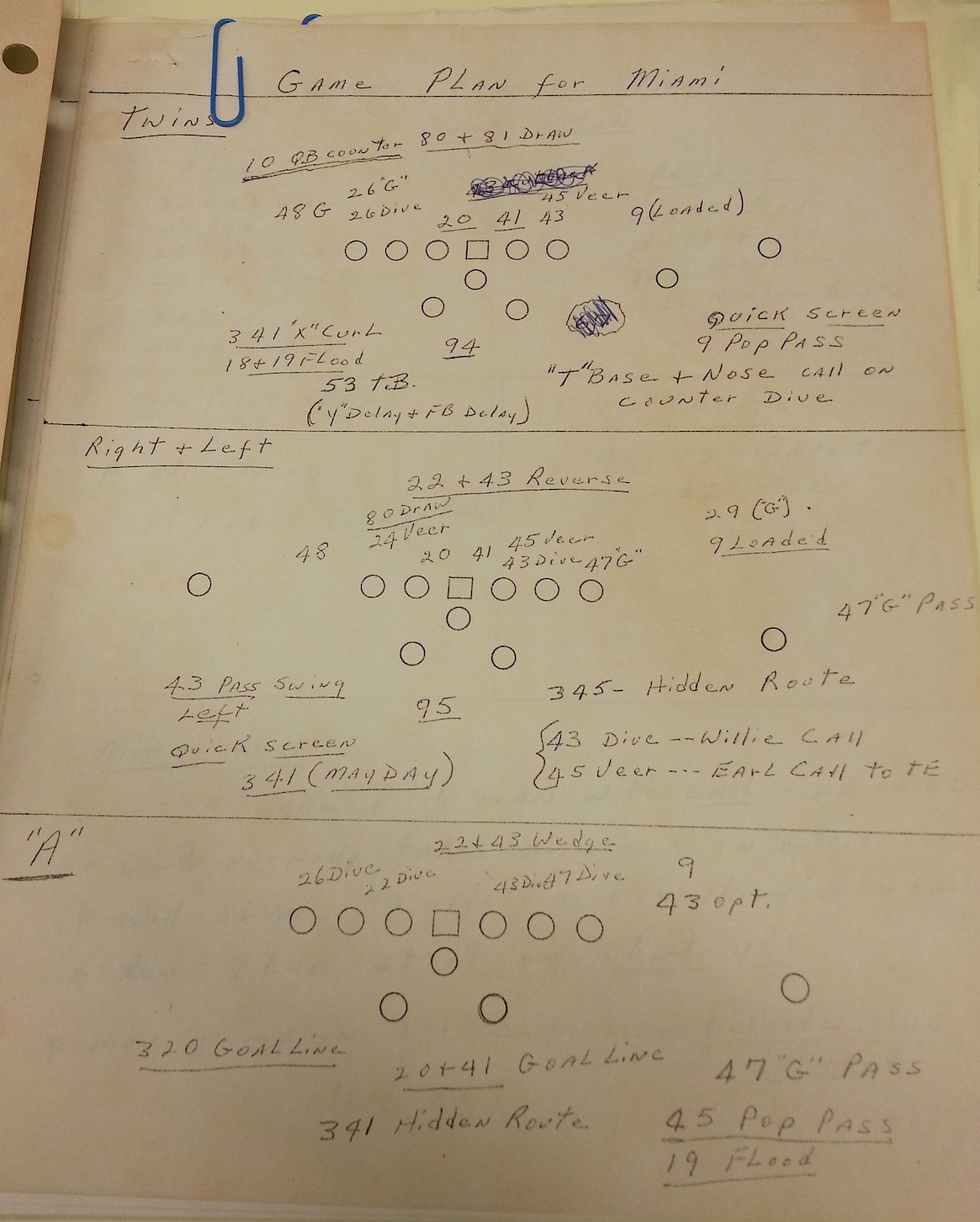 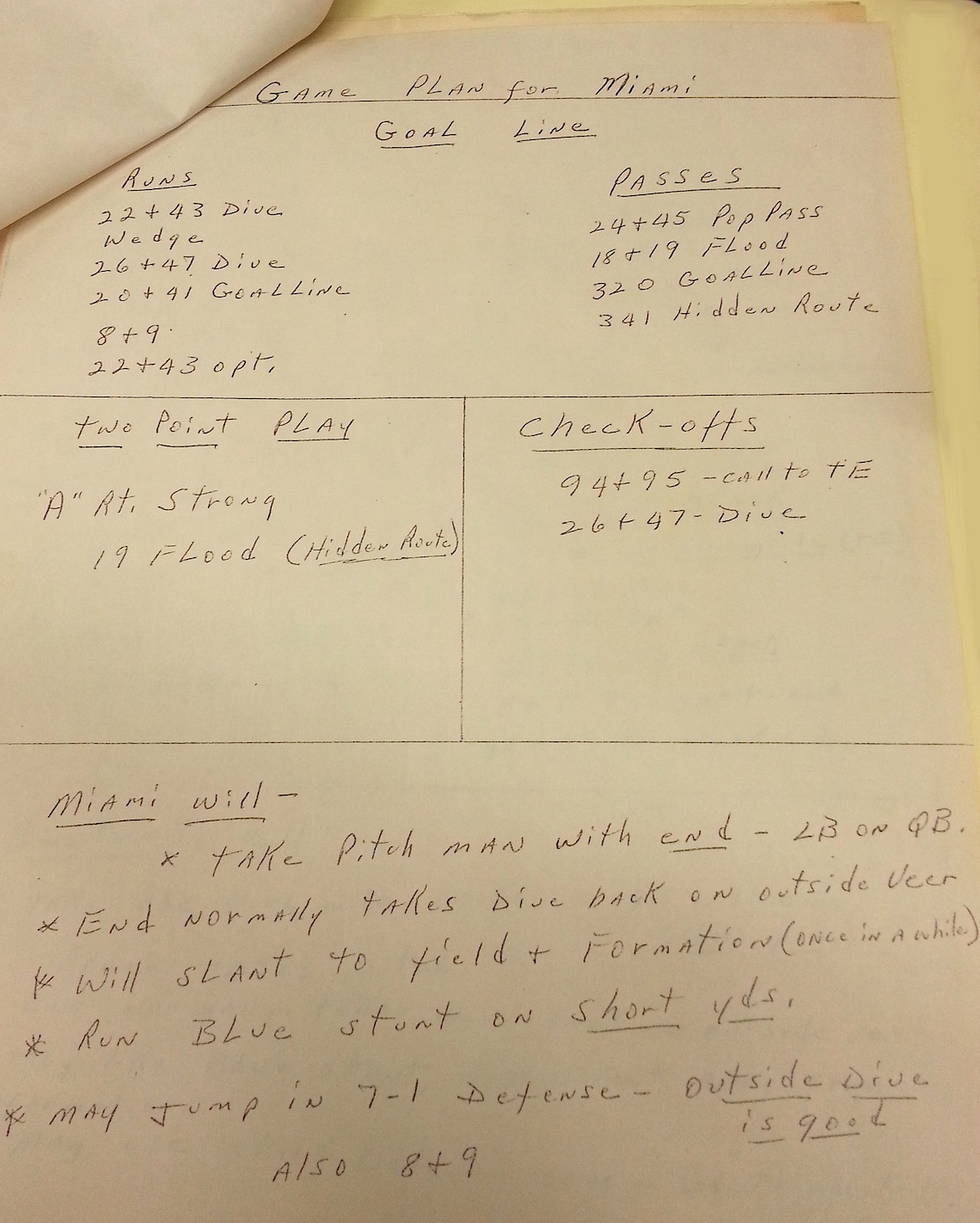 Doug Barfield helped Auburn to a 10-2 record in his first year as offensive coordinator, including a shoulda-woulda-won loss to Bama. Six or so months later, his parents sent this telegram.