An extra-page view accompaniment to today’s story on how Auburn’s Tigerettes have adapted to the changing rules and regulations governing recruiting relations their 35-year history. 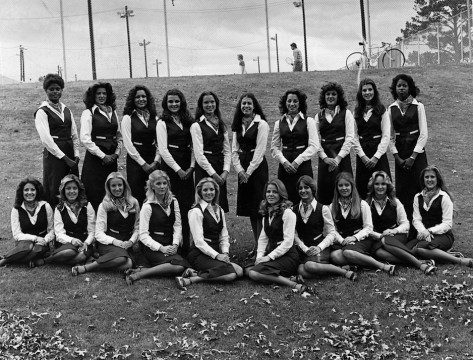 Here are two photos of them the next year, including an action shot: 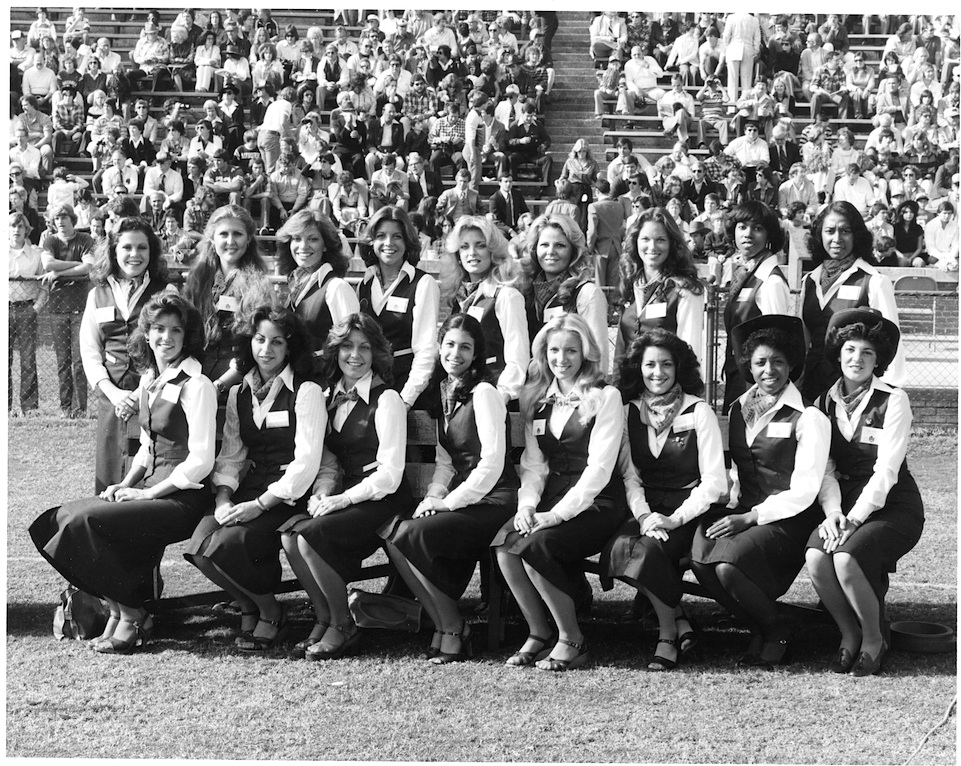 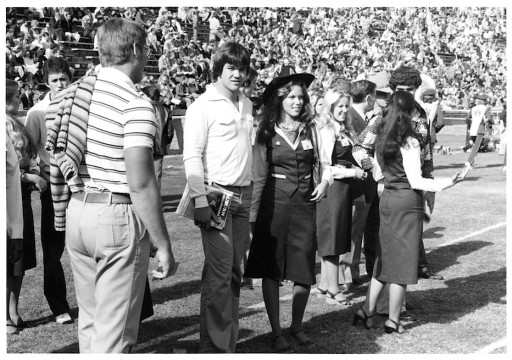 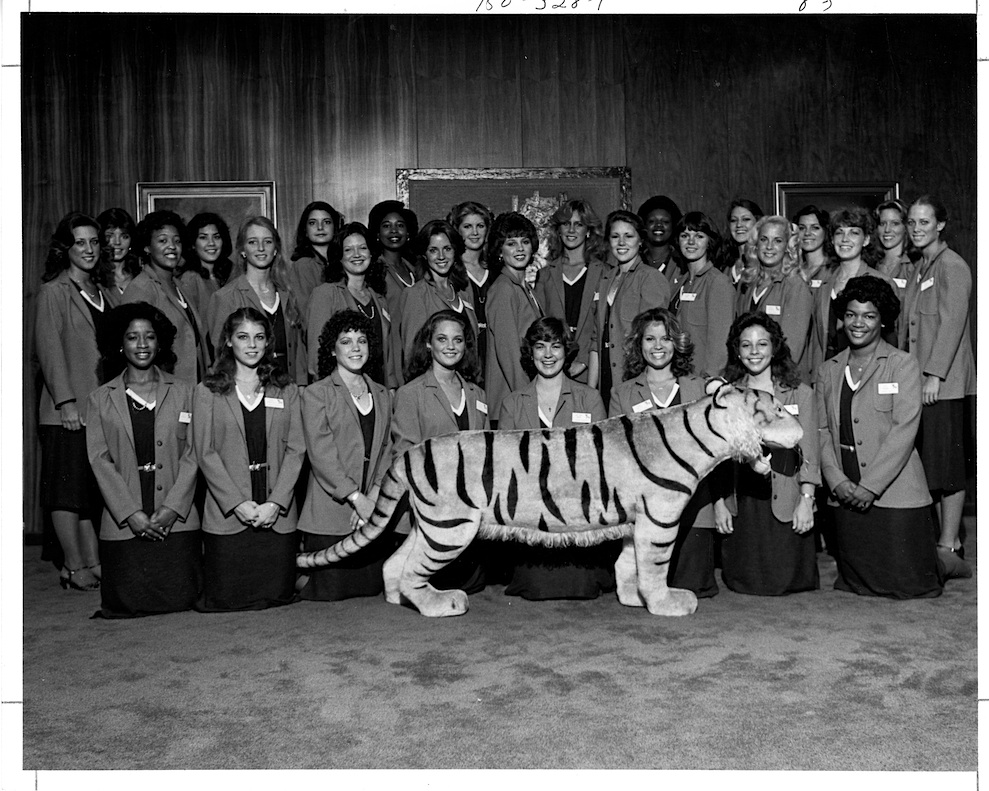 Of course, as it our habit, we promise a comprehensive-ish photo history of Tigerettes in the 80s (you know how we roll). Maybe not today, maybe not tomorrow, but when you least expect it—maybe a fall Friday morning before a football game, maybe a spring Sunday morning during church, maybe a wacky Wednesday as the tornado siren sounds. Nostalgia spasms are hard to predict. But they’re real, and they’re spectacular.

Related: From Barfield to Chizik, Auburn’s Tigerettes and Tiger Hosts have adapted to evolving recruiting culture.

* Tigerettes Coordinator Has History of Taking Precautions Against Even The ‘Semblance’ of Impropriety
* An Illustrated History of the Miss AU Tan pageant
* Playboy’s Jaime Edmondson on Auburn Pikes: ‘Those Boys Sure Can Dance”
* Apple CEO Tim Cook is a “War Eagle Forever” kinda Auburn fan
* Auburn Fan Gets Kids in Kosovo to Say War Eagle— ‘For America’
* Catching up with Auburn’s former Sports Illustrated swimsuit issue model
* Aubie stacks Coaches Trophy on top of watermelons