But if you need more proof, he’ll apparently only reply personally to emails from servicemen and Auburn fans. 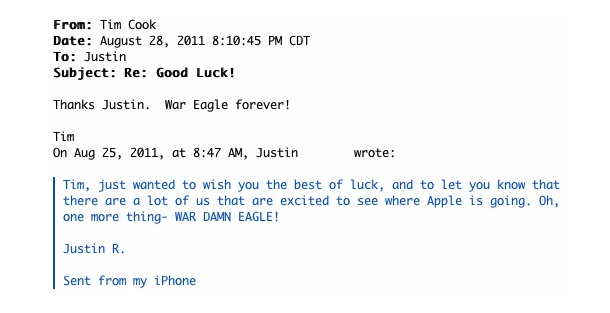 Check out that sign off. Not just “War Eagle.” Not even “War Damn Eagle.”