We report that Sewell Hall is one of three venerable university buildings slated for summer demolition with great sadness… mainly because the slow extinction of 1960s circular brick lattice facades in this town is a crime (aesthetically) on par with oak poisoning (looking at you, Baptist Student Union).

Sewell, named after Roy B. Sewell, one of Auburn’s most ballin’, fight song-commissioning boosters of all time, served as Auburn’s athletic dorm (until the NCAA nixed the whole athletic dorm thing back in 1991), and continues to serve as starting line for Tiger Walk.

So yeah, this is just a post of photos (some artistically manipulated to account for the book’s seam) from Sewell’s glory days taken from a recruiting booklet published by Auburn’s Athletic Department and given out to high school football players in 1985… 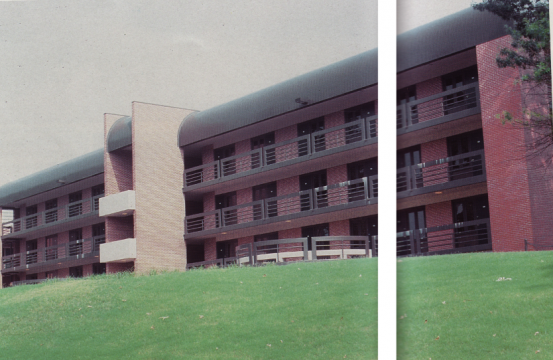 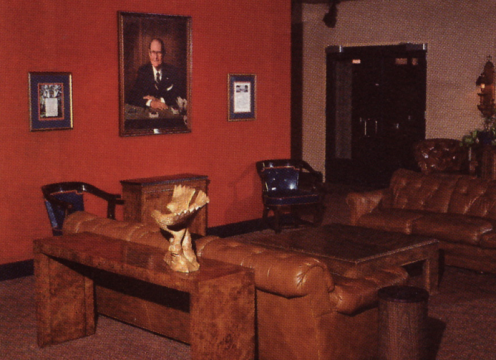 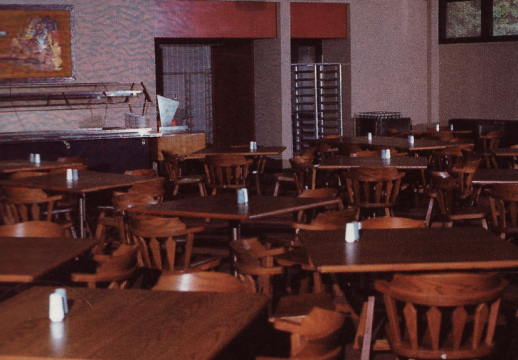 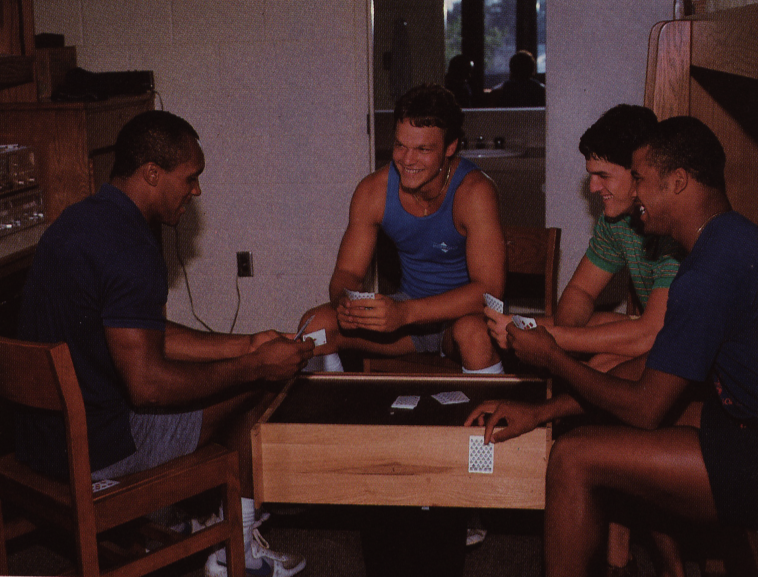 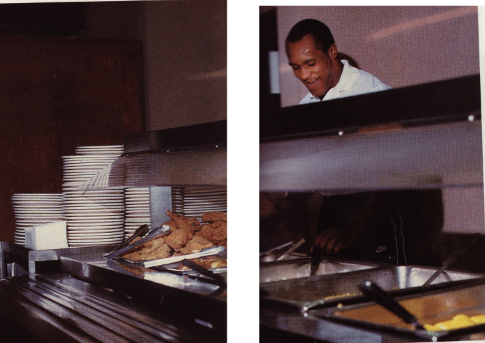 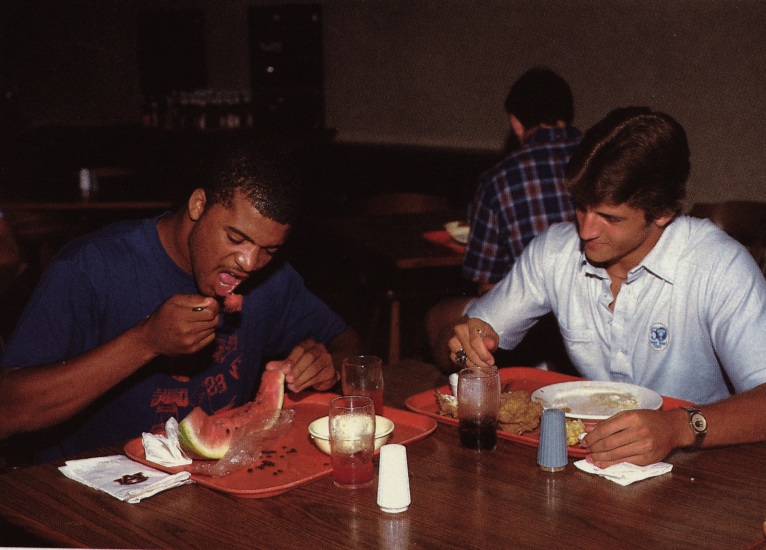 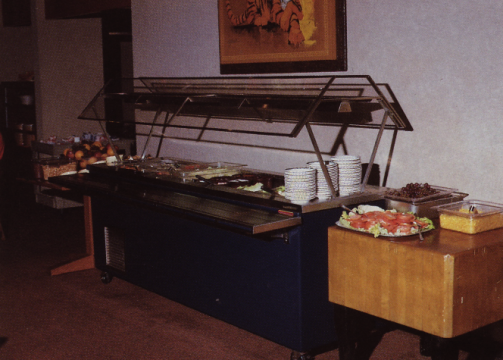 … which is us paying tribute to the once home of our heroes the best way we know how. (If you’d like to help us put some names to the faces of these heroes, that would be fine.)