It’s easy to forget just how deep it got into America’s cultural DNA. But man, if there’s a textbook example of a meme (at least if the textbook was published before the advent of freaking “meme generators”), “Bo Knows” was it. War Eagle.

Mike Knows Underwriting: Aetna Life & Casualty Insurance Co. employee Mike may know underwriting, but he doesn’t know didley about proper VHS storage or digital transfers. It’s like he had it sitting in Vaseline or something; quality-wise, it’s much more 1980 than 1990. I mean, I have plenty of camcorder footage from 1990 and compared to Mike’s stuff it’s HD. But it’s still exactly what you’re wanting in a Bo Knows parody produced around the same time as the original. (Can’t see the video? Try here.)

Pecota Knows Everything: Bill Pecota knocked it out of the park with his Bo Knows parody, which spoofs his utility player status and features fellow Kansas City Royals Willie Wilson, Kevin Seitzer, and Bret Saberhagen. And Bo Jackson. “Pecota,” Bo says before rolling his eyes, “knows everything.” (Can’t see the video? Try here.) 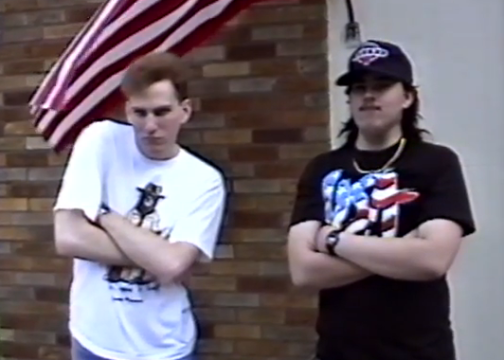 This is just what you did “in 1993 or 1994”. You got together with your friends and pretended to beat each other up. This isn’t that great or anything. But I actually think the dubstep (or whatever) makes it a little more compelling (YouTube wouldn’t allow them to upload the video with the original soundtrack: Van Halen’s Jump.) Young Ted knows cars, food, and fighting. What he doesn’t know is how life will be in 15 years. Because judging by the PG-13 sequel “Teddy Knows“, he probably would have made some different choices. But wouldn’t we all… (Can’t see the video? Try here.)

Princeton High: You can’t really call this a parody, I guess. It’s pretty much a straight up remake of the original, not a John Boe for SGA President campaign video or anything. Which is to say the Bo these Prince High (Wherever, USA) students speak of is THE Bo. Nineteen years later, one of them polished it with a little 2008 and uploaded it to YouTube. Pretty solid. (Can’t see the video? Try here.) 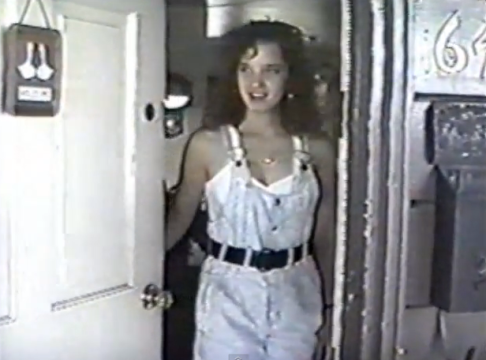 Despite the title “BO KNOWS NIKE COMMERCIAL”, the only thing this shares with the original is its action sequence, quick interview, action sequence style. It was probably just a way to get the girls Big Daddy had a crush on on film. You just take the camcorder to school and tell everyone you’re making a video for your future kids so “can you maybe wave to the camera or give me a hug or marry me? Maybe? Pretty please? Go Rebels?” It works. (Can’t see the video? Try here.) 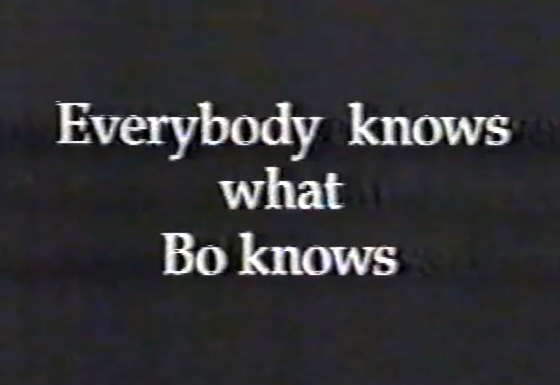 It’s almost hard to imagine how gratifying the folks behind what has been called the greatest ad campaign ever must have felt when they realized they might have the greatest ad campaign ever. Because it wasn’t just bored Midwestern youths—other companies were imitating Nike’s Bo Knows campaign. Which is to say straight up ripping it off while simultaneously giving them credit for it. “Everybody knows what Bo knows,” ABC said in this commercial for the 1989-1990 season of Perfect Strangers, “but what about Balki?” (Can’t see the video? Try here.)

Watson Knows: Another modern example: Since that supercomputer Watson thing knows everything, some employees at some NPR affiliate (apparently with a lot of time on their hands) went with the obvious… (Can’t see the video? Try here.)

Meat Knows: Every high school has a kid named Meat in 1990. And Meat would totally do something like this. Looks like another Aetna Life & Casualty Production. (Can’t see the video? Try here.) 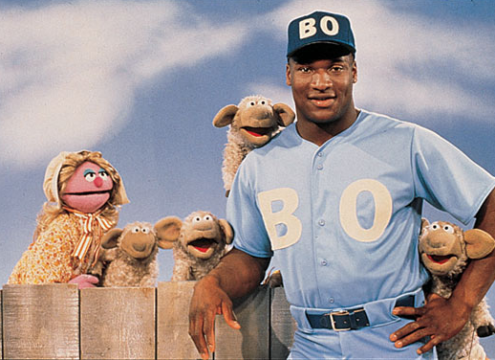 Last, but not least… because who knows parodies better than anyone? Bo knows. Here’s his 1990 appearance on Sesame Street. (Can’t see the video? Try here.)

Related: Bo Had Better Commercials: an interview with Michael Weinreb.

* Bo Knows shirt meets Charles Barkley reference in episode of ABC’s ‘The Goldbergs’
* Big Heisman On Campus: Bo Jackson goes back to school
* The Bo Jackson mural McAdory High School had on a classroom wall in the 1980s is over the top
* The giant card Tampa Bay fans sent Bo before the 1986 NFL Draft
* Bo’s failures get their own shoe
* Nolan Ryan discusses Bo Jackson’s heroic role in legendary Ventura fight
* VIDEO: Bo presents the Gospel during 1985 Heisman gala dinner