In 1984, former Auburn quarterback Randy Campbell wrote the unofficial anthem of an unofficial Heisman campaign.
“Oh ain’t it beautiful to see…
Bo streaking down the sideline, fast and free…”

It’s so strange to go back to see what people thought when he did it. Because once he did, and once the success that was bound to happen happened — when the Bo we knew became the Bo everyone knew, it just totally turned into a cause for celebration and cartoons and awe and endless […] 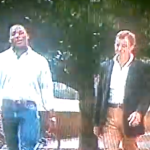 Rarest among the clips Lulu-vision has been killing it with lately: the Bo Jackson featurette that aired during the broadcast of the 1985 Heisman Trophy ceremony. It probably comes across even rarer because, judging by the voice over, the producers thought it was supposed to be a 1970s educational film (so yeah, it’s too bad […] 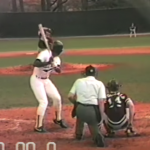 I mean, it’s the Heisman Trophy winner up there at bat. This is post-Heisman. Poor Mississippi State. 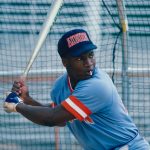