Guess this was technically 1984, at least if it was taken during an actual game and not posed (hard to fake looks of concentration like that), because this is actually from the epic Auburn Football Illustrated from the 1985 Ole Miss game.  But just look at these young bloods! War Eagle! 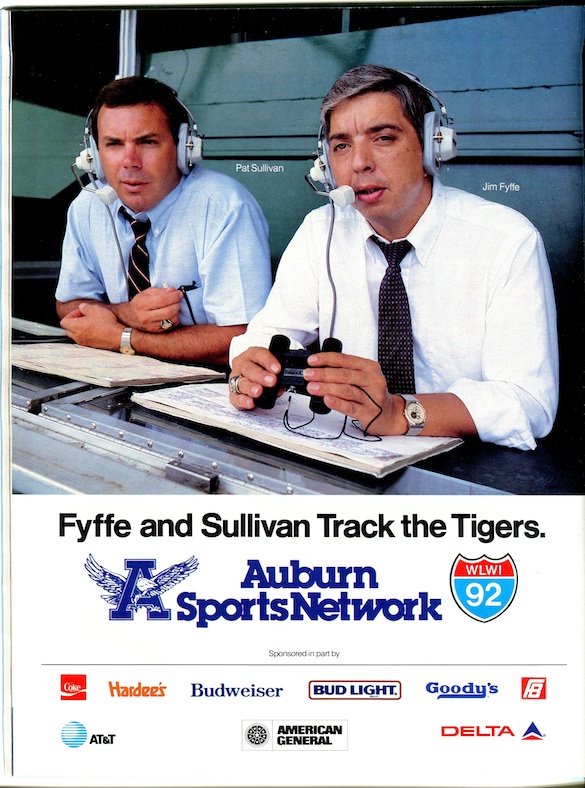 Today marks 10 years since Jim Fyffe’s death, and we ‘re understandably ryffe with Fyffe. Watch the story behind “Touchdown, Auburn!” here, see his AUsome tombstone here, see him with Joe DiMaggio’s Auburn hat here, and read about that time he saved Paul Finebaum’s life here. And watch Pat Dye lick sugar off of a football here.