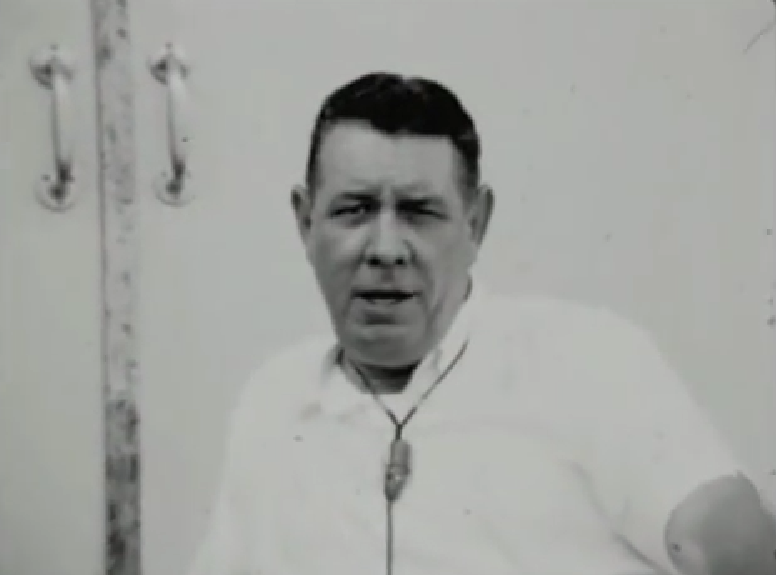 If you like TWER, please consider helping out. Thanks!

Shug kept quiet about it. According to his son Ralph Jordan Jr, “it was hard to get much out of him about the war. Most of what you got had some message, whether it was a life lesson, a commitment, a responsibility or something humorous. He didn’t talk about the Normandy invasion or the circumstances surrounding his wound and rehabilitation. I remember the scars, of course.”

That quote is from Shug, Rich Donnell’s fantastic 1993 biography of The Man that should have a home on every Auburn fan’s bookshelf. Maybe their nightstand. There’s a whole chapter in there about Captain—and eventually Major—Shug’s experience in World War II with the Army Corps of Engineers. It’s great. He was assigned to an amphibious assault force. At Normandy, he was in charge of a landing boat. He knew it was finally time when he got orders to tell his troops to “pack all your personal possessions in your footlockers and put the name and address of your next of kin on the top.” They waited. And waited. Dudes threw up. Toilets backed up. Gasoline fumed. He said he always remembered the smell.

When Eisenhower finally gave the go, Shug’s ship hit the channel and headed for Utah Beach. “There had been a lot of carrying on the night before, [but] it was silent in those landing crafts. I never saw an atheist or an agnostic when it came time to hit the beach.”

Two hours after the invasion began, Shug and his troops scrambled ashore. Shrapnel from a German 88 pierced his left shoulder and upper arm. He kept going. He blew holes in the German’s seawall, built roads, cleared mines. Four days later, he finally got his arm checked out.

“It hurt him like hell, but he knew he wasn’t going to  die,” Donnell quotes Captain Henry McHarg as saying. McHarg was on the beach with Jordan. He wrote to Auburn president Hanley Funderburk about Shug’s heroism after Shug’s death. “After a while he couldn’t use his arm and broke out in a tremendous fever.”

Two days after the medics finally took the shrapnel from his arm—he was supposed to be knocked out with ether, but the doctor only used local anesthetic because he wanted to hear his Alabama drawl—he was back on the beach.

“I don’t think it affected my personality at all,” Shug once said of the invasion. “It made me appreciate being here. I saw’em stacked up like cord wood. I could have easily been one of them. I felt like I had been raised right and had an evaluation of the real things in life. The things I saw in the Army just enhanced my feelings and made them more profound.”

And as you can tell by the black and white clip below—which I can’t believe exists…which I’ll be forever grateful to Allen Spain for (somehow) acquiring and sharing… which best as I can figure was part of some sort of super-rare film the SEC produced likely in the late 60s about the value of athletics or whatever, and which as far as I know is the only time Jordan ever discussed his military service on camera—it also enhanced his feelings about, and made him even more appreciative of football.

Related: Shug Jordan had a copy of the first publication of the Auburn Creed with him on D-Day.

If you’d like to help us discover footage of Pat Dye on a commando mission to rescue American POW’s in Vietnam or something, please consider a small donation.