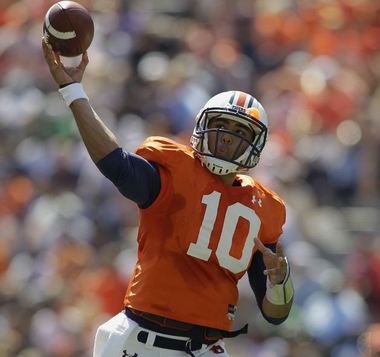 Auburn’s annual spring football game will kick off at 1 p.m. CST on Saturday, April 20, Auburn announced today . The scrimmage will be televised live on CSS.

Tickets for A-Day are now on sale online at www.AuburnTigers.com. Fans can purchase tickets from home to avoid waiting in line. Stadium seating for A-Day will be general admission and tickets are priced at $5 each.

A Toomer’s Corner block party scheduled after the game will mark Auburn fans’ final opportunity to roll the Toomer’s Oaks before the trees are removed.

Related: Toomer’s Oaks removal will take days; wood to be turned into souvenirs.