Auburn students were lining up for Saturday night’s game against Kentucky three hours before tipoff. So Gus Malzahn brought them Domino’s. 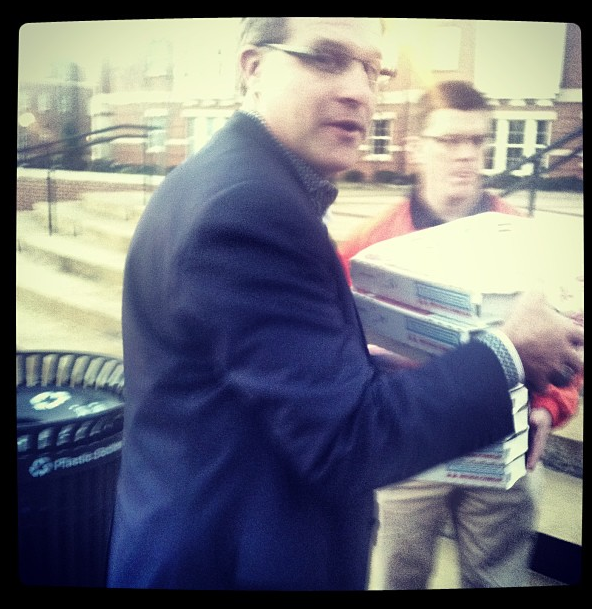 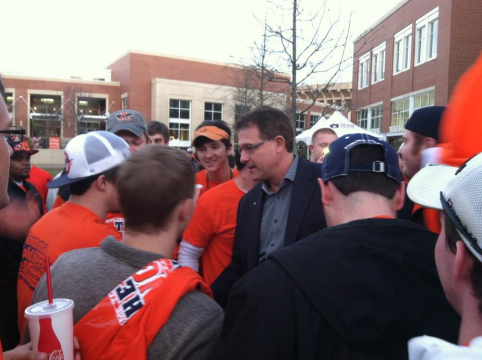 It’s another PR slam dunk for the athletics department, which is doing its darndest to encourage continued student support of Auburn basketball in the wake of a communications breakdown regarding ticket prices during the Auburn-LSU game earlier this month.

Jay Jacobs got in on the act, too. 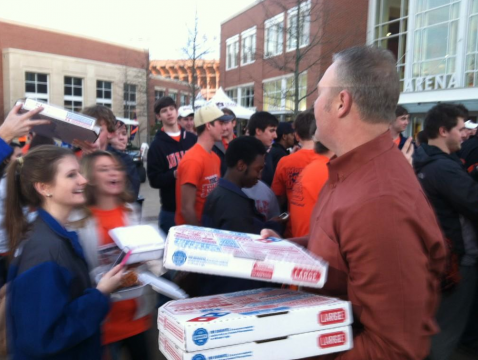 Malzahn is also scheduled to speak to the Auburn Arena crowd tonight.