That’s two Krystal Marquee messages in a week devoted to Auburn’s coaching search. People, we are looking at a new Auburn tradition. We’re happy to play our part. 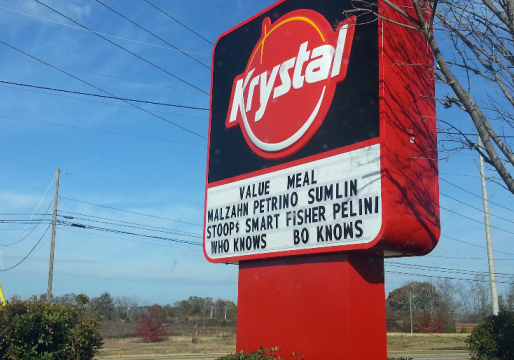 We honestly wouldn’t be surprised if the Athletic Department committee uses The Marquee to announce its decision. Until it appears on The Marquee, it’s merely rumor.  This we fully believe.