It’s easy to take Auburn for granted when you live in Auburn, things like tiger head designs on manhole covers. This one is on the S. Gay sidewalk between Tiger Rags and First Presbyterian Church. I’ve walked past it a zillion times yet it took the crisp focus of a stranger’s iPhone for me to appreciate it artistically (which is what you’re really looking for in a manhole cover). Such is this modern Auburn life… [a plastic Kroger bag dances through the air…] 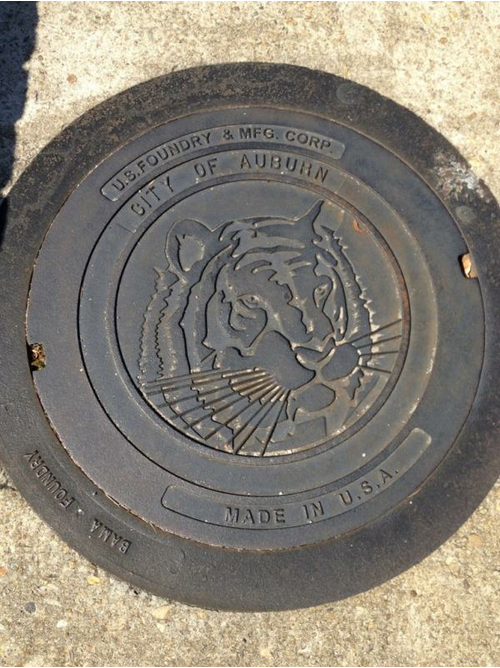