A while back, I wrote a quick little something on Sara Burson, an Auburn grad who tinkered with her George Washington University commencement name card in order to graduate (Masters in Tourism Administration) as “Sara War Eagle Burson”. Naturally,  I ended that little something by contemplating Vestavia’s legendary White sisters.

I’m a Vestavia grad. We were in school together. You always heard about them. They were pretty and pretty popular. But when I wrote the thing about Sarah War Eagle Burson, the only real evidence I had to back up my claim that there existed in the world a woman actually named WarEagle, and that she had a sister named Tiger, was a comment on a parenting message board.

However, thanks to the glut of feature section fan profiles leading up to the ’89 Iron Bowl, I now have a lot more. 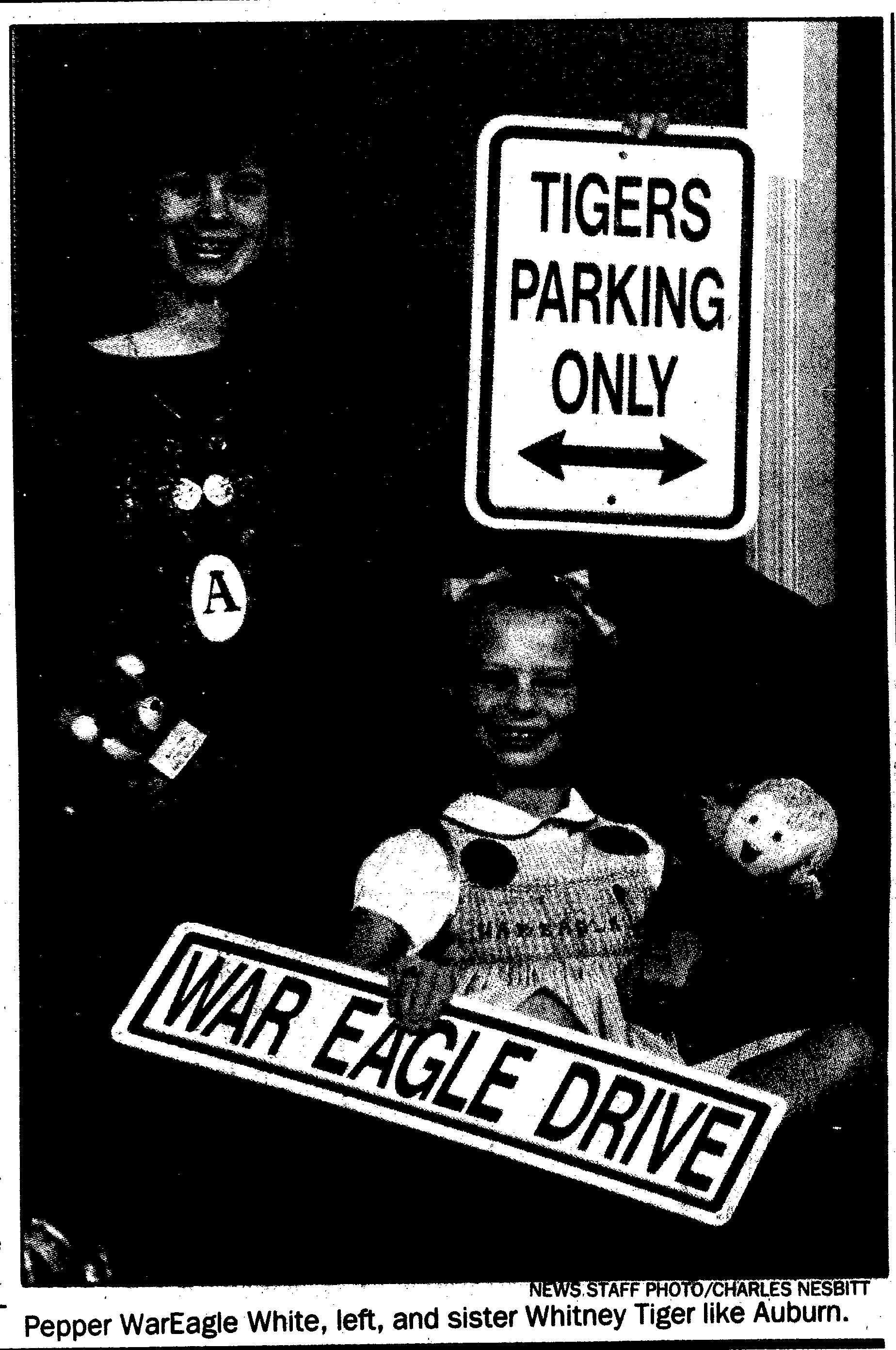 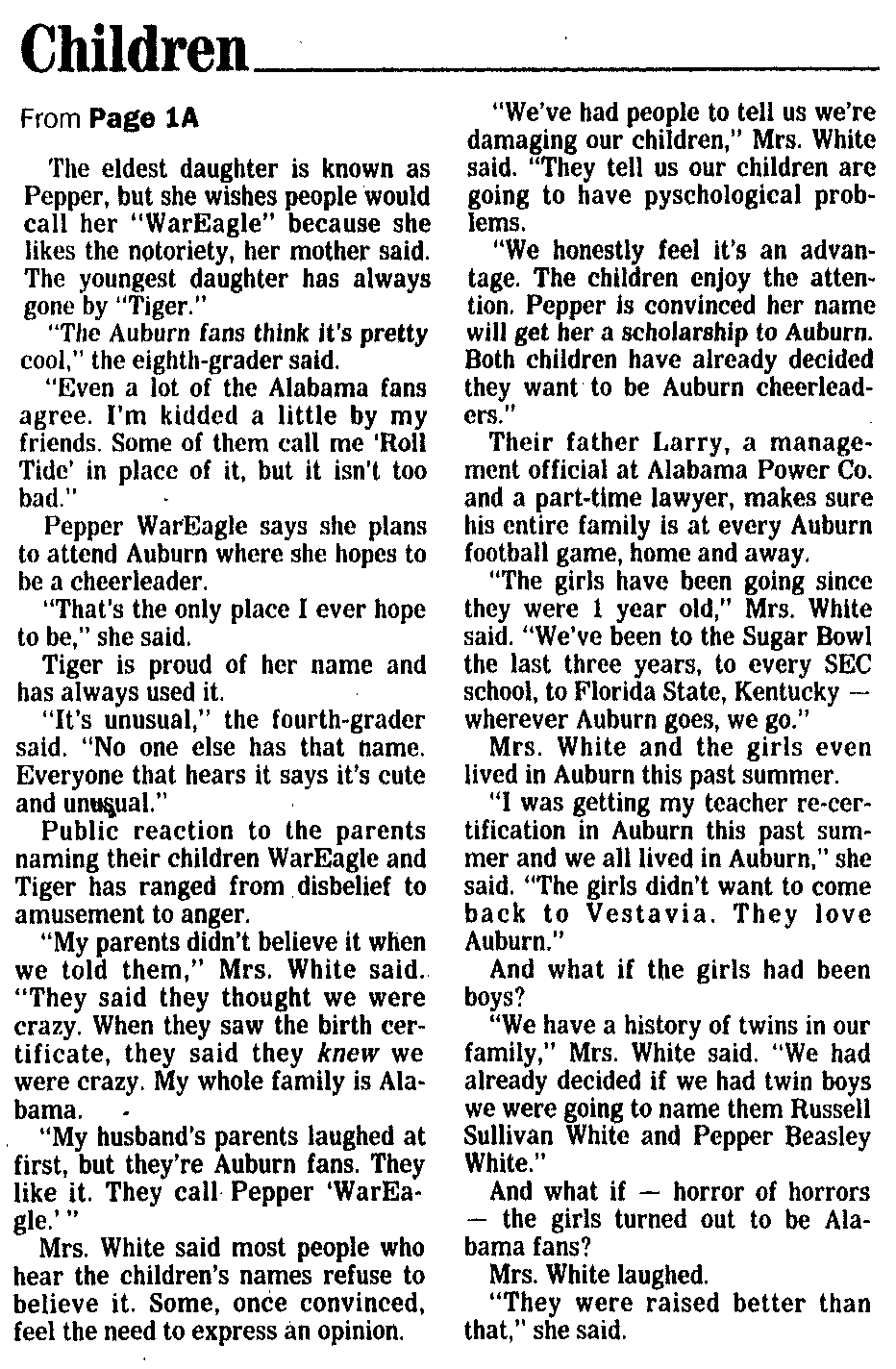 The story was picked up by the AP. It ran in papers across the country. The copy editor at the Kerrville Daily Times in Texas was drunk.

UPDATE: A comment from Tiger: “As for wondering about me, I graduated from Auburn. Although some don’t understand, and that’s fine by me, I love my name! Now I’m 30, and even more today I would hate to have an ordinary name…I can’t and wouldn’t want to imagine life any other way. War Eagle!!”

For more content celebrating the 20th anniversary of Bama’s first visit to the Plains, visit our 20 Years collection.

* Auburn fan who ran onto the field during the 1969 Iron Bowl tells all!
* More like the BUST Bama pep rally…
* The Snorg Tees Girl in a 1987 Auburn Iron Bowl victory T-shirt
* This song about the 1969 Iron Bowl is awesome
* A rap about the 1989 Iron Bowl
* Aubie romances early 80s coed on Bear skin rug
* David Housel’s radio address before the 2002 Iron Bowl
* Toomer’s Corner after Punt, Bama, Punt
* The University of Alabama White Bears?