It was a fine, beautiful day. Many lovely experiences. Unfortunately the game, in its entirety, was not one of them. It had its moments, though. We will not speak of it, but of something far more important.

We often talk fatuously in a sports context about heroes and courage. In recent years even the people who discuss it sometimes acknowledge the hyperbole. There’s no getting around this, though: yesterday we were in the company of a legitimate hero. 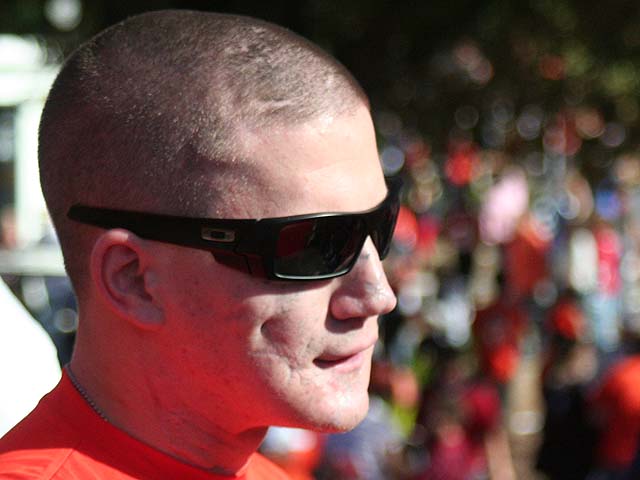 Lance Cpl. Kyle Carpenter, USMC, served in Afghanistan, specifically Helmand Province, where a year ago this week he put himself between a fellow Marine and a Taliban hand grenade. 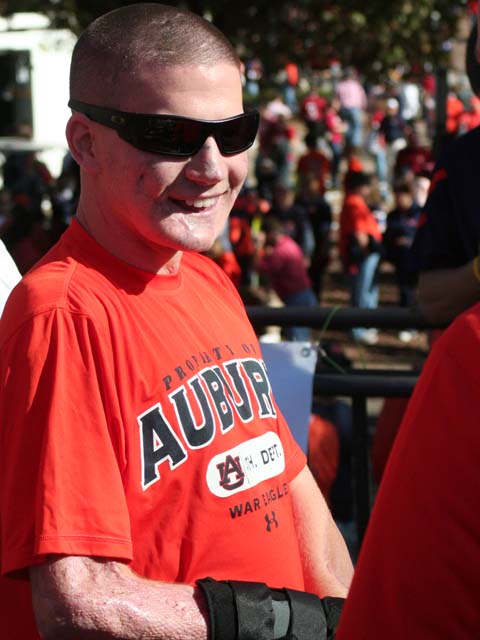 He lost his right eye. Most of his teeth were knocked out of his head. His face was blown apart. His arm was mangled. His best friend in-country was seriously injured, but survived.

Carpenter was 21 at the time. All he remembers, he says, is a white flash and then a fellow Marine telling him he would be OK and a voice that said “Oh my God.” He woke up in Germany a month later with family at his side. He has been through almost 40 surgeries already, with more to come on his long road of recovery.

Lance Cpl. Kyle Carpenter has been nominated for the Medal of Honor. 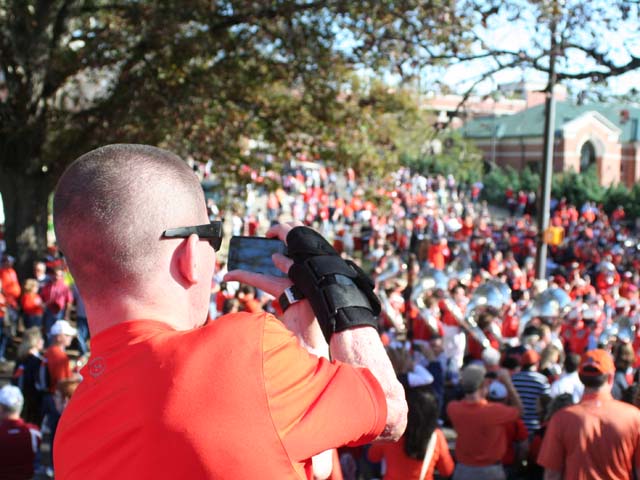 Lucky to be alive, feeling guilty that his buddy still got hurt and that he is not still in active duty, Carpenter has a common stake with other heroes, as he told The Post and Courier:

“The light is on me right now,” he said. “But I’m hoping what happened to me will help remind people that things like this happen every day and people don’t see it. I’m proud of what my fellow Marines have done there and are doing there now.”

His father is an Auburn graduate, and he grew up an Auburn fan. He’s been to games before, but this was his first Iron Bowl.

I had the opportunity to briefly speak with him. It was a privilege to wish this gracious, humble, normal young man well in his continued recovery.