The world’s only structure built specifically to be rolled with toilet paper is now even more rollable.

A third wire was recently strung between each pole of the Toomer’s Triangle, allowing for two rows of AU logos to be suspended over the intersection of College Street and Magnolia Avenue downtown. The City of Auburn hopes the addition will allow for more substantial rollings of the corner. 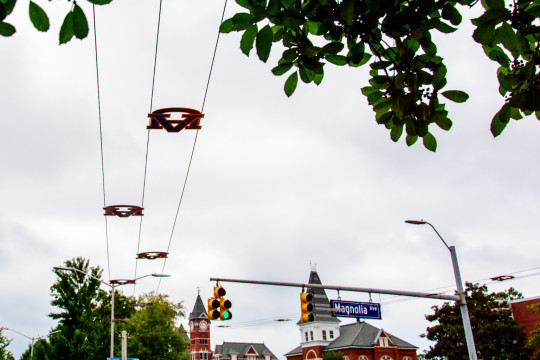 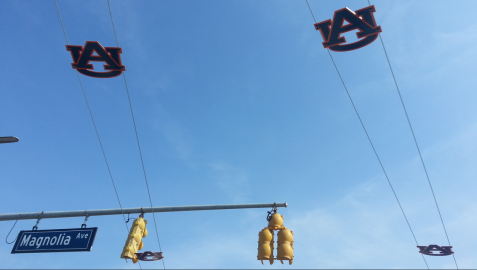 The wire system, which was installed in August 2013, will likely be in place for several more football seasons. See you at the Triangle!