“He’s a very proud Auburn fan,” Scott Van Pelt said in ESPN’s Thursday morning coverage. “He’s got the AU there on the bag, he’s also got the number 43, and that’s to honor Philip Lutzenkirchen, a very popular player who was part of the title team.” 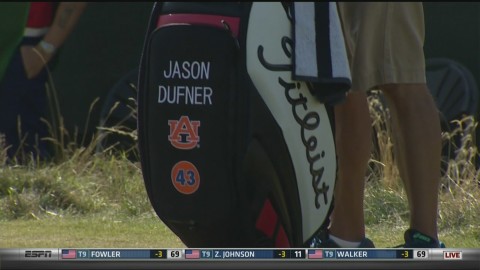 “Some heavy hearts down on The Plains,” Van Pelt continued. “Dufner is honoring him, keeping in his mind and on the bag this week as they play the Open.”