As the sun set on Monday, Troy resident and 1993 Auburn graduate Taylor Cox Jinright, her twin 14-year-old boys Wood and Reed, and her nephew John David Cox painted a portion of popular Lake Martin diving destination Chimney Rock as a tribute to former Auburn star Philip Lutzenkirchen, who still no one can believe died in a car wreck over the weekend.

“As with the whole Auburn family, we were so sad after hearing the passing of Philip,” Jinright says.  “We felt as a member of our own family had passed. We were sitting around Sunday night reading all the tweets, Instagram, and Facebook posts and the mood was so solemn.”

“This tribute on Chimney Rock was a fun way for us to express our appreciation to No. 43 and all he has done for Auburn!” says Jinright, who was vacationing at her parent’s lake house through the weekend. “My boys are athletes and I hope and pray they will model their lives after Philip’s example. Not only was he a hard worker on and off the field, but most importantly he loved God and was not afraid to tell the world. And he loved Auburn!”

The design was made to look like the tribute avatar bearing the Lutzenkirchen’s jersey number, #43, and his nickname rapidly adopted by Auburn fans on social media since news of the tragedy broke Sunday morning. 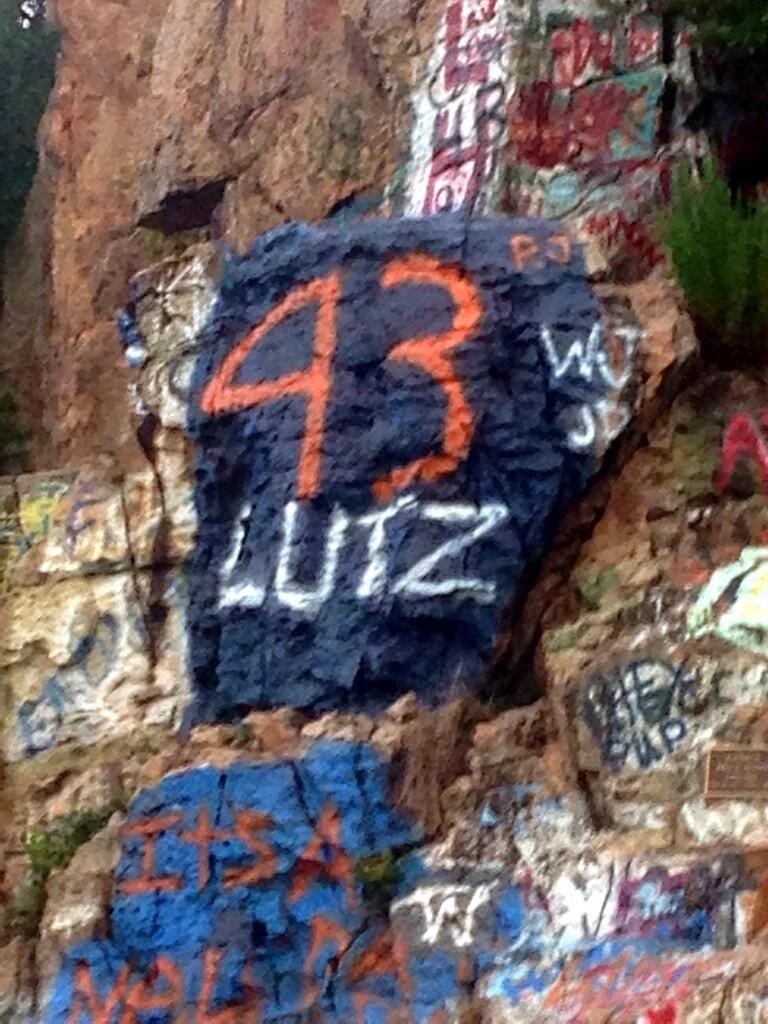 “It was so AUsome to turn the corner on the boat and see it,” Auburn fan Leah Dickinson wrote on Facebook. “My son (seen in the below photo) was in awe.” 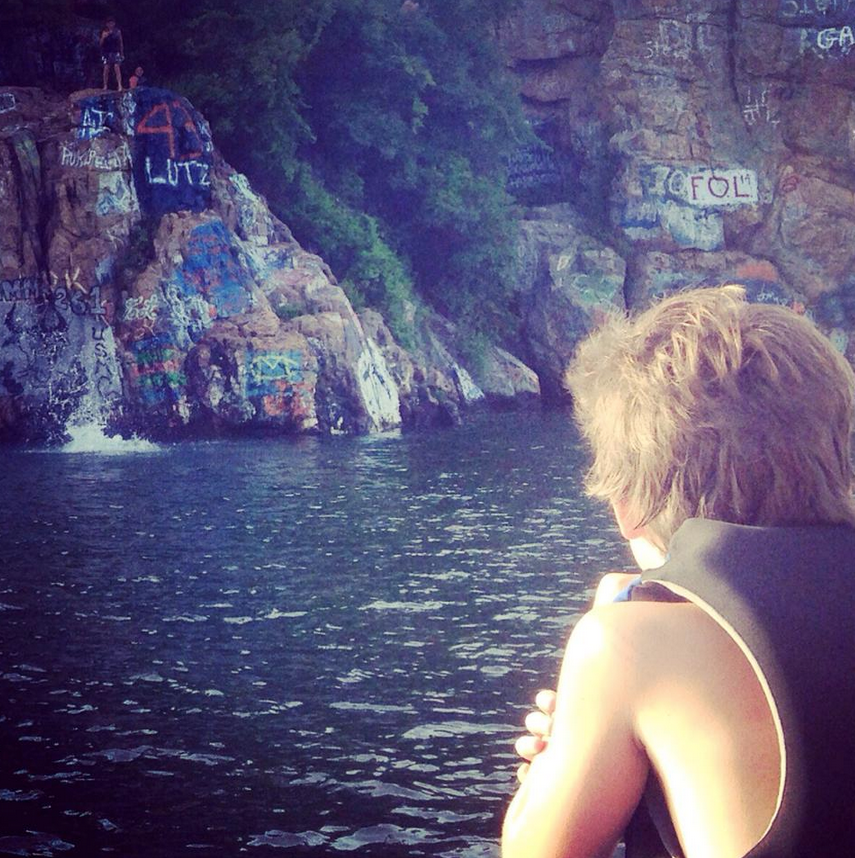 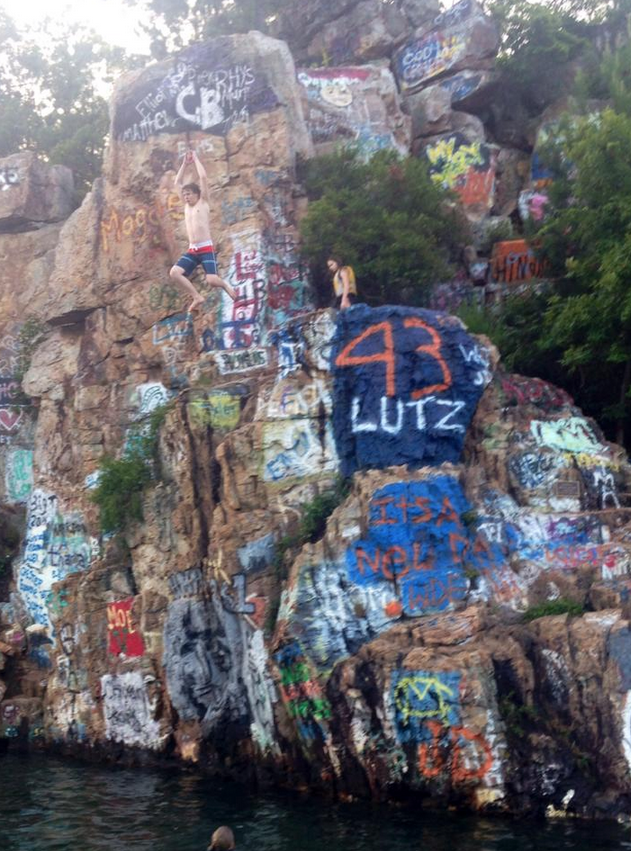 Other tributes have also popped up locally in Auburn. On Sunday afternoon, Auburn fans honored Lutzenkirchen by rolling Toomer’s Corner, and the Auburn Athletic Department is planning a public memorial for the fan favorite. Gus Malzahn will one of the speakers at a memorial held at Lutzenkirchen’s high school in Marietta.

And then there are the videos…