When he showed up Saturday night, he had a reserved booth, one of those orange shakers, personal notes from grateful fans and his very own Waffle House hat waiting for him. 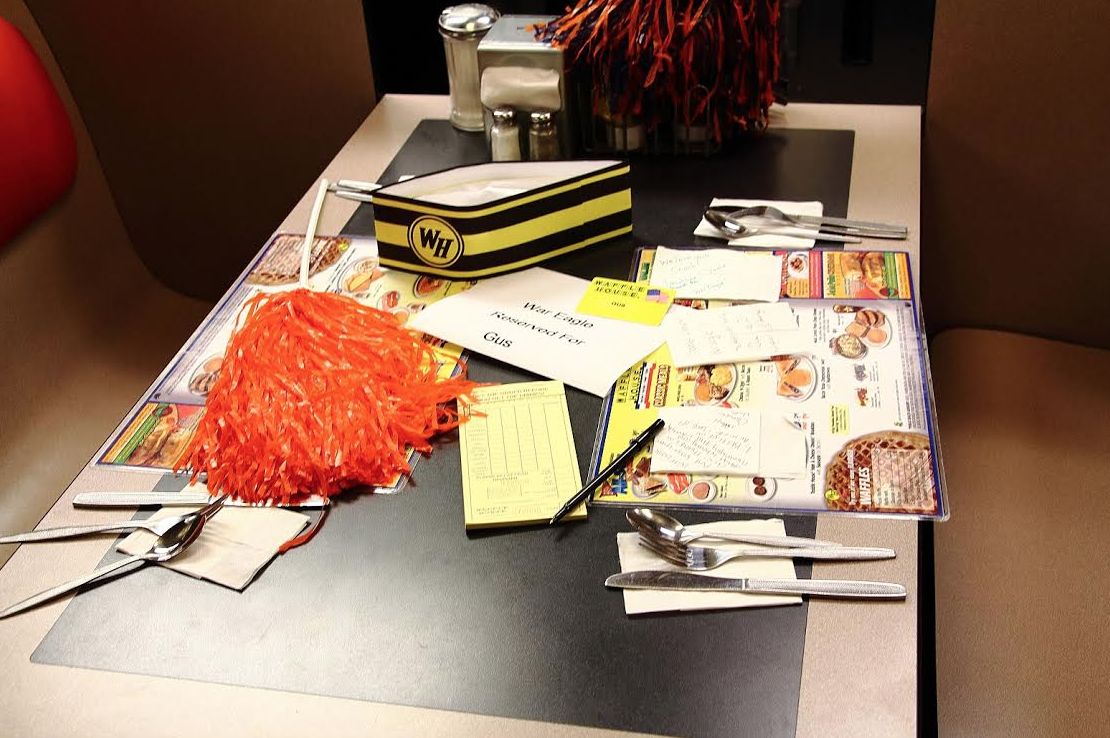 Related: What the Pensacola Graffiti Bridge looked like after the Iron Bowl.