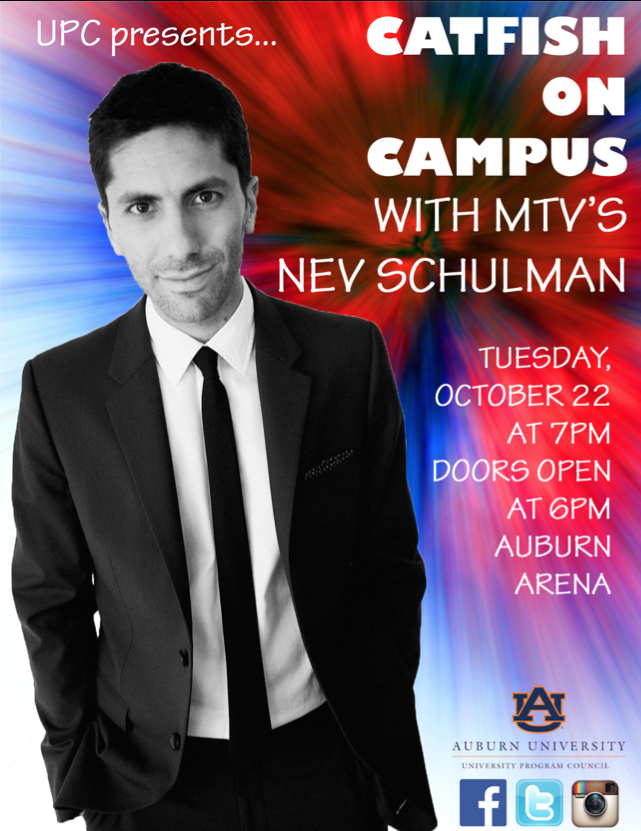 We knew Auburn’s reputation for catfish research would get Nev Schulman to the Plains eventually.

(Maybe he can help us finally meet the Bag Man. We’re ready to commit, but he can never video chat. Weird.)

In January, TWER interviewed 2002 Auburn grad Holland Weathers, a reality show casting guru who helps stock the pond for Catfish: The TV Show. You can read the story here.