“Catfish: The TV Show,” “The Biggest Loser,” “Extreme Makeover: Weight Loss Edition” — you name it, and Holland Weathers has probably casted for it.

The 2002 Auburn communications graduate is currently the casting social media director for MTV’s “Catfish: The TV Show.”  In the wake of the scandal surrounding Notre Dame star Manti Te’o’s fake dead girlfriend, interest in “Catfish” has skyrocketed due to the show’s premise of helping those in online dating relationships finally meet the significant other behind the computer screen. 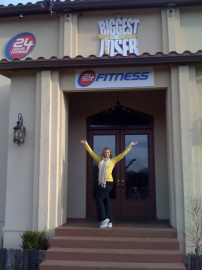 “We’ve definitely been getting a lot of attention from the Manti Te’o story, and it’s really going well,” Weathers said. “At the end of the day, it’s just a positive show. It helps people be honest about what has been going on online, and it helps the victims find out the truth of who they have been really talking to. It’s very interesting to find out about the things that go on online and seeking out the truth behind it.”

During Weathers’ senior year at Auburn, she traveled to Wilmington, N.C. on the weekends to be an extra on “Dawson’s Creek,” and soon began interning in AMVF Productions’ casting department. After graduating, Weathers worked with AMVF for five years as a casting assistant, and later, a casting director for commercials, television shows and films.

And, thanks to Donald Trump, she now works as a casting director in reality television.

When “The Apprentice” came to Raleigh for a casting call, Weathers worked with the producers for the day and “fell in love with reality casting, and then I loved it so much that I moved to Los Angeles.”

Six years later, LA-based Weathers continues to work as a freelance reality television casting director, and has helped find contestants for shows on every major network and several cable channels.

For the past 11 seasons, Weathers, aka “the weight-loss guru,” has been changing lives through “The Biggest Loser,” her favorite show to cast for.

“They come to me, and they think they’re hopeless with no good end in sight. I put them on the show, and nine months later, they’re happy and going to live longer lives.”

She said the best parts of casting outweighs the bad, yet the “let-down” factor is the hardest part.

“I get very attached to different people we talk to when casting,” Weathers said. “We sit and talk to them for hours and really get to know their story. It can be a three or four month process, and at the end of it, sometimes you have to go and tell them, ‘I’m sorry. You weren’t selected.’ It’s really heartbreaking, and there has definitely been some tears shed on my end.”

Although the network executives usually have the final say on who makes the show, Weathers is there from the initial casting call to the final interview.

“One of the things that people don’t realize is all of the outreach work that goes into casting,” she said.

Before arriving in a city for a casting call, Weathers contacts any and ever place possibly related to the show’s subject to spread the word. Once that’s done, she prepares for one of the best parts of casting—casting calls.

“We’ll have anything from 300-1400 people at a casting call, and we do a lot of one-on-one interviewing. That’s one of the fun parts … doing interviews and getting to know people better.”

What casting directors look for in a potential reality television contestant varies from show to show, but Weathers said a big personality is the main criteria.

“We have to know that they’re going to be interesting to watch for whatever reason. Most people who make it on a show are outgoing, outspoken and are very opinionated.”