All your Grantland Rices and whoeverelses and Dostoyevskys and Shakespeares are weak. There’s a new old sports writing sheriff in town (new to dumb ol’ me at least). His name is O.B. Keeler. He wrote for some big Atlanta paper. And if you even think of editing out the cuss word from this epic piece of scripture he wrote on the life-changing, holy pigskin Armageddon that was the 1915 Auburn-Georgia game (“It was one great, big, grim savage battle under a blazing sky in an amphitheater rimmed with maniacs…”), he will come to your house Monday morning and straight up murder you. (At least he will if you’re a copy editor. If you’re a cop, he may just rough you up a bit.)

Who, what, when, where, why, how, you ask? AFTER A FOOTBALL GAME LIKE THAT, WHO FREAKING CARES? O.B. KEELER AND AUBURN FOOTBALL ARE BEYOND YOUR LYING, TIMID STATISTICS. So if it’s “journalism” you’re after, you’ll have to get it from some soulless schmuck who was still at the press table instead of three yards from the action risking arrest. But if you’re looking for soul bile straight from the gut of arguably the greatest display of never-say-die human will and muscle ever perpetrated upon a gridiron, then keep reading (or listen to me read it).

Sure, it may take you a little while; the warped, camera phone images are obviously meant to add to the overall insanity. But for crying out loud, people—a little while is “just a period of alleged time.”

P.P.S. I’m writing a book about all this stuff.

CAST OF CHARACTERS: O.B. Keeler—genius; Mr. (P.R.) Bidez (aka Bedie Bidez, aka Caruso Bidez)—genius, Auburn stud, and member of Tigers’ famed Fullback Quartet, as prolific in extra-curriculars as he was on the gridiron; Mike Donahue—arguably Auburn’s greatest coach ever, led Tigers to first national championship, genius, Irish as hell; Steed—Auburn player, interceptor, probably genius; Prendergast—Auburn punter, genius who got his hands up; Everyone Else—officials or Georgia players / losers. 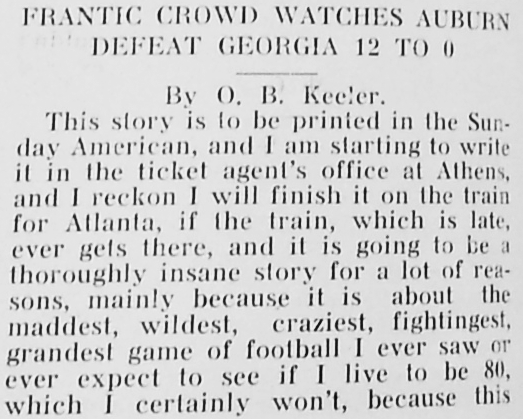 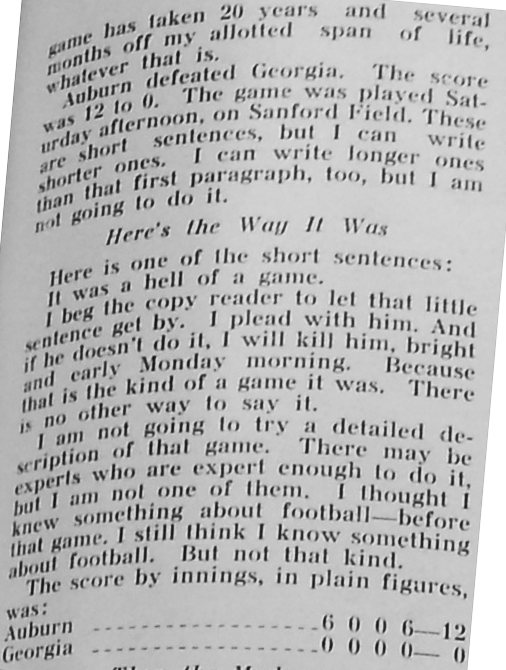 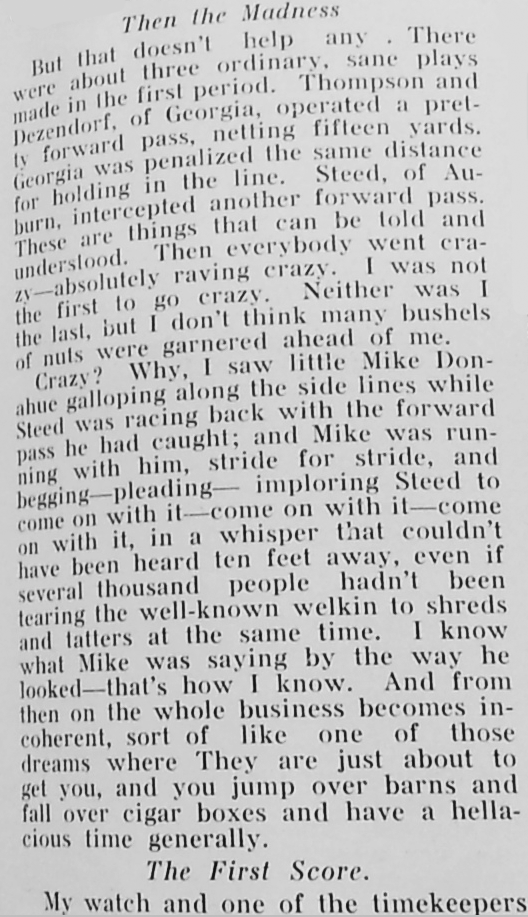 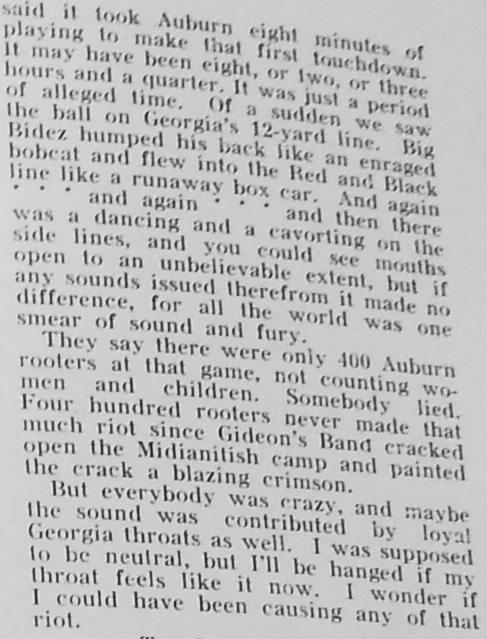 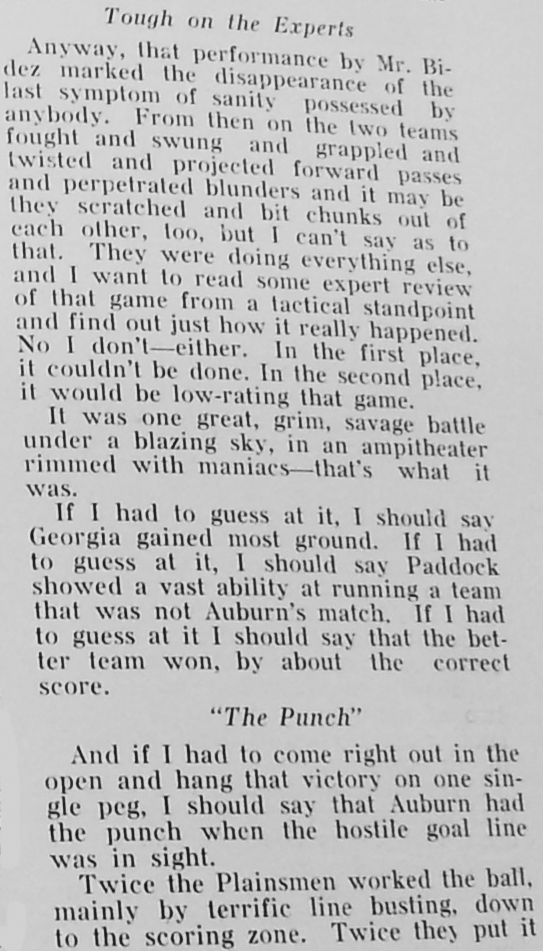 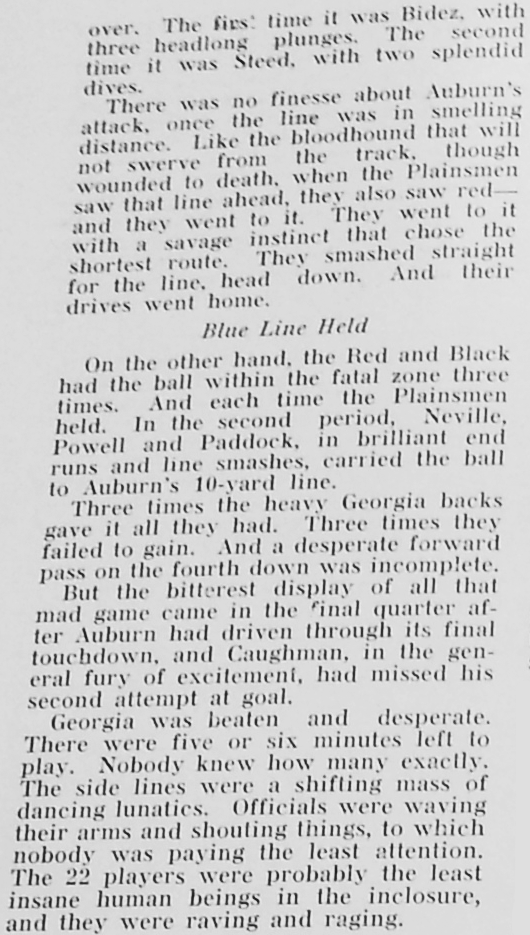 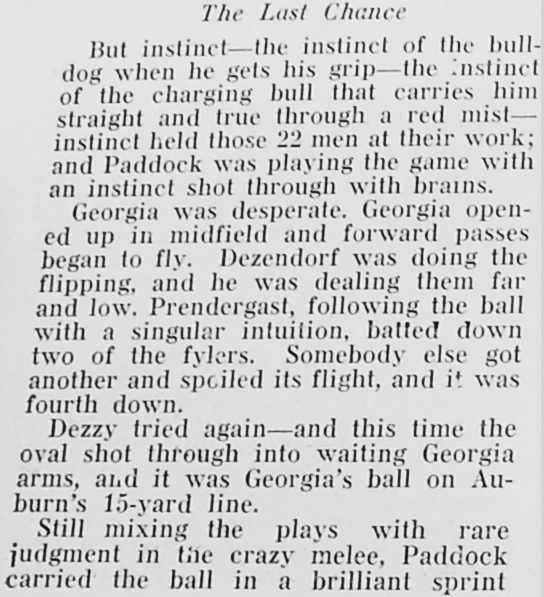 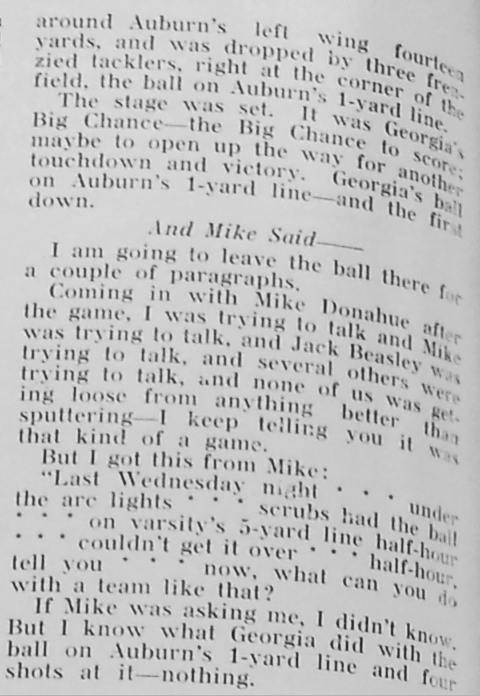 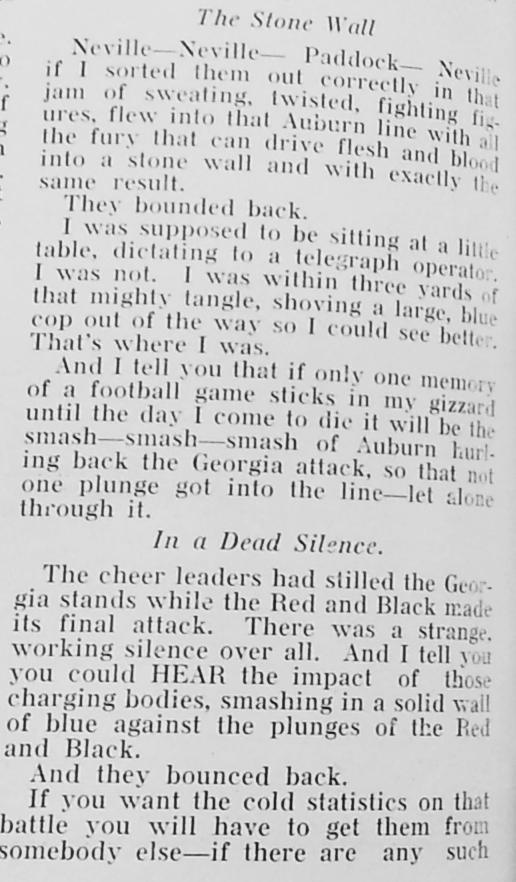 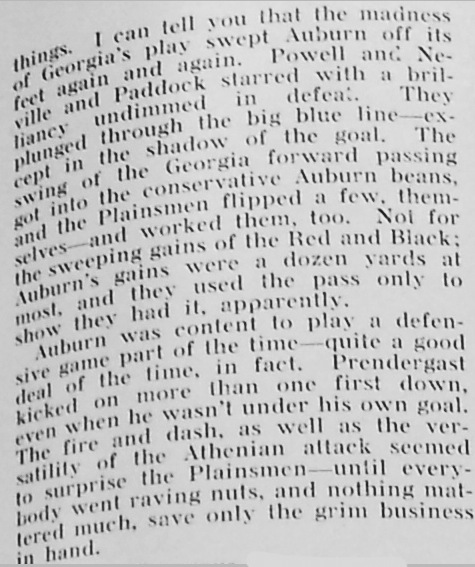 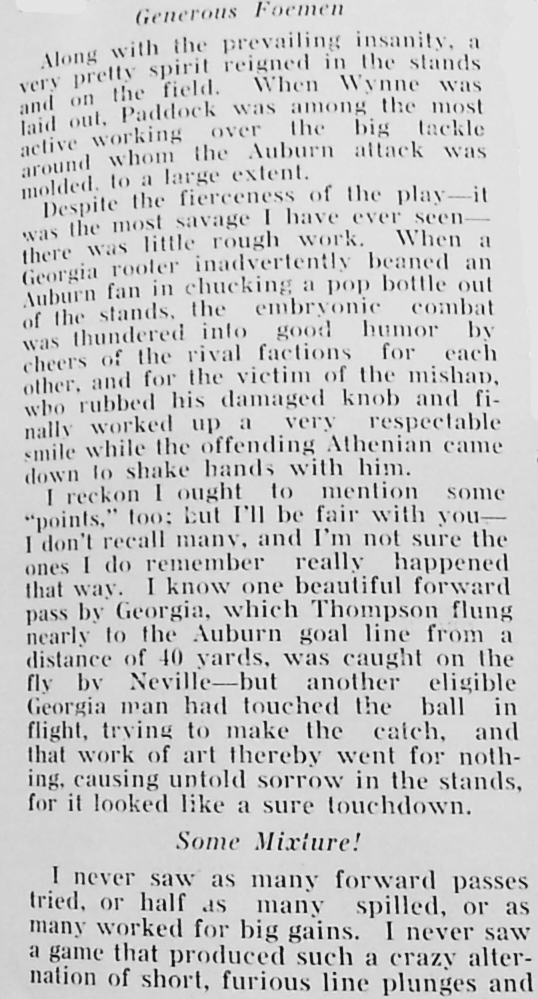 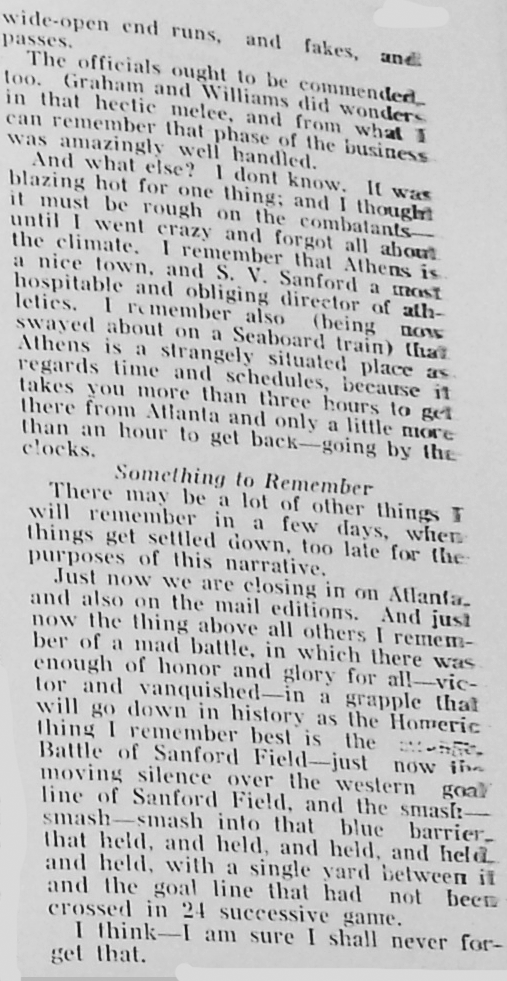