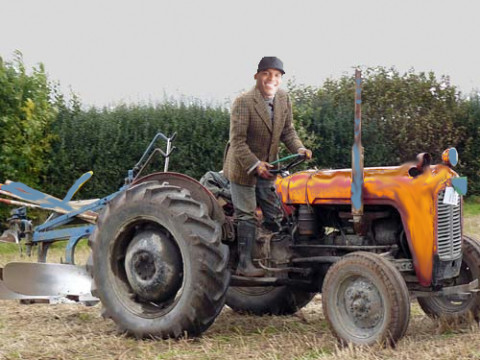 On the Possibility of Running Over Him with an Orange and Blue Plow, November 2010

Wee, sleek, cowering, timorous beast,
O, what panic in your drool!
You need not woof and whine
As you flee the Plains.
We promise not to chase you
With our mighty offensive weapons.

We’re sorry if this hurts,
But this is not the week to play here.
The ugly side of this corrupt game
Is mucking up our joyride
And we need to take it out on someone –
Don’t take it personally.

It’s true we owe you
For the past four years
Of unfortunate outcomes,
But still. What’s going to happen
Saturday might seem out of proportion –
Forgive us!

We detest LSU and Florida
(And now Mississippi State),
Plus of course the Tide,
But ours has always been
A somewhat more dignified rivalry
(If you don’t count that one time with the hoses).

Your season started like ours –
Full of confidence
Despite plenty of unknowns.
Now we’re about to leave
Your bowl hopes in shambles
A bleak offseason’s winds are coming.

But Bulldog, you are not alone
In understanding how optimism can go wrong.
The best laid plans of Dawgs and Tigers
Often go askew,
As title dreams turn sour amid defeat
And – just say it – NCAA inquiries.

So as we take the field this week,
We hope you understand
This is the only place we’re in control –
We know not what the next ESPN exclusive holds,
But between these sidelines we know how to score, and win.
Just try to stay out of our way, okay?