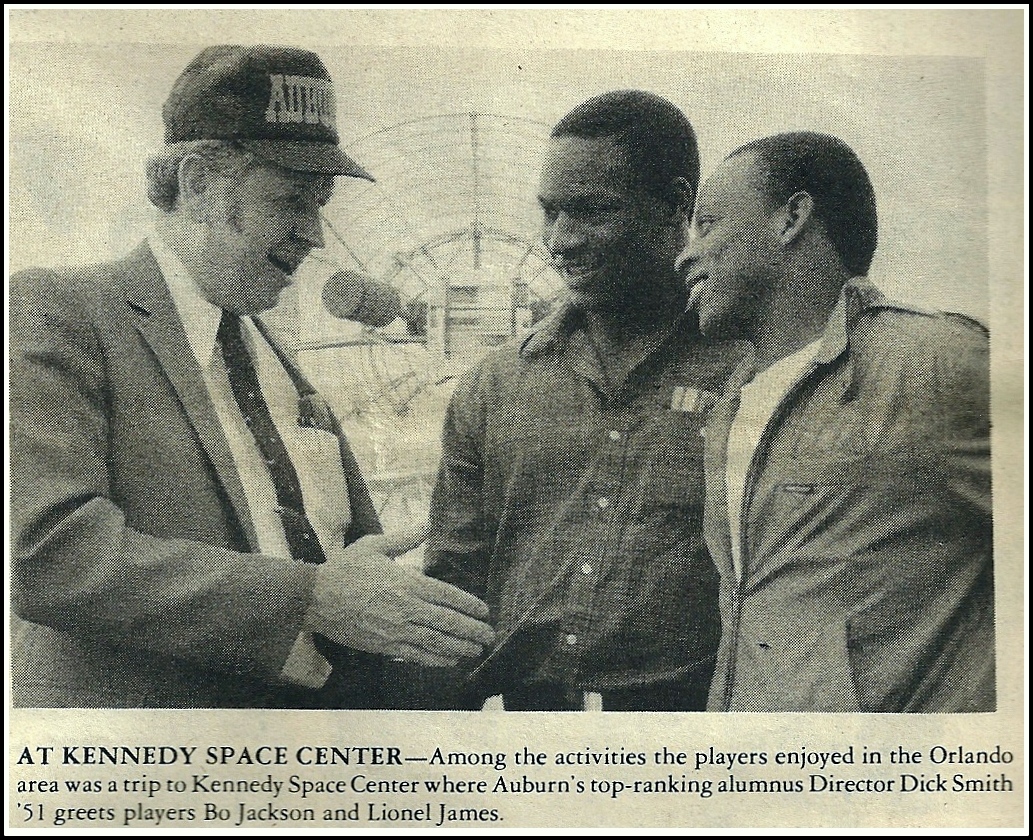 They weren’t just posing with Disney characters. The Tigers’ also penciled in time for educational activities before meeting Boston College in the 1982 Tangerine Bowl, like a tour of the Kennedy Space Center, which an Auburn man (of course—it’s space) happened to be director of at the time.

* That time Auburn poured your liquor down the drain
* These 1986 A-Day Photos will Bo your mind
* A complete set of 1988 Phil Neel’s Auburn pinback buttons
* Cam Newton on the cover of GQ
* Pat Dye would have killed Jerry Sandusky
* Toomer’s Corner Before and After shot
* Auburn-educated astronaut wanted ‘War Eagle’ to be first words on the moon
* Show Some Pigskin: An Illustrated Guide to Auburn’s Playboy All-Americans