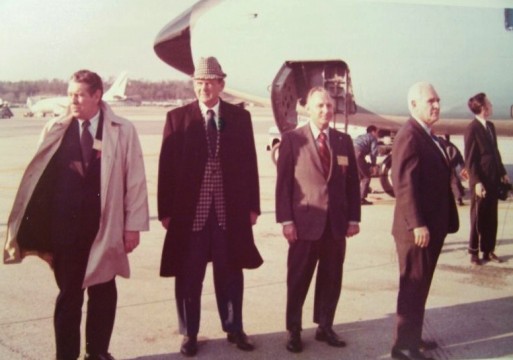 For years I’ve had these photos of Shug and Bear waiting on someone to arrive at the Birmingham airport. A dude walks by. It looks like Agnew. Is it? The date: January 1972. The other day, confirmation: An April 1972 letter from Shug thanking the Veep for the cufflinks, and for the nice visit, all southern gentleman-style, i.e. Shug style. 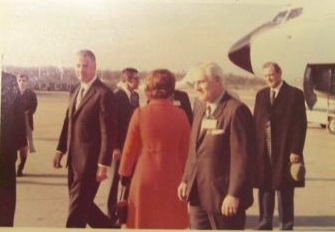 Agnew apparently came to Alabama on January 18 that year to “forsake the world of the Chicago Seven and Manhattan 12 for that of the Alabama 11 and the Auburn Duo (Sullivan and Beasley),” and to blitz the Birmingham Touchdown Club with an insane amount of pigskin-is-just-like-politics analogies and metaphors in a stump speech for Nixon (“Then came Ted Kennedy. He faked up the middle, faked right, raked left—and finally decided to run himself. When he was brought down for no gains he complained about the condition of the field.”)

Shug spoke. Bear spoke. Agnew spoke. Congratulations and well-wishes and guffaws all around. Two hundred and sixty-six days later—exactly 40 years ago today—Agnew resigned the Vice Presidency. Because, I mean, once you’ve used your position to meet Shug Jordan, what’s the point? 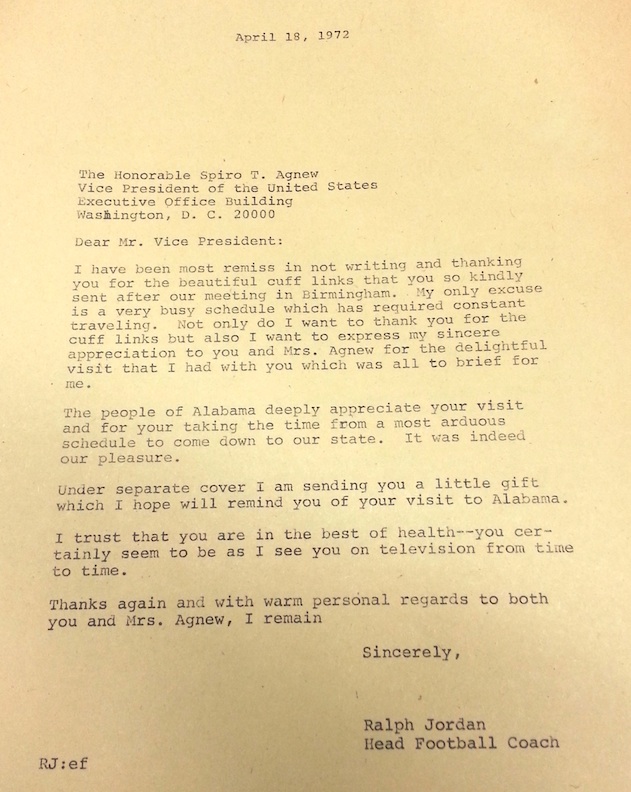